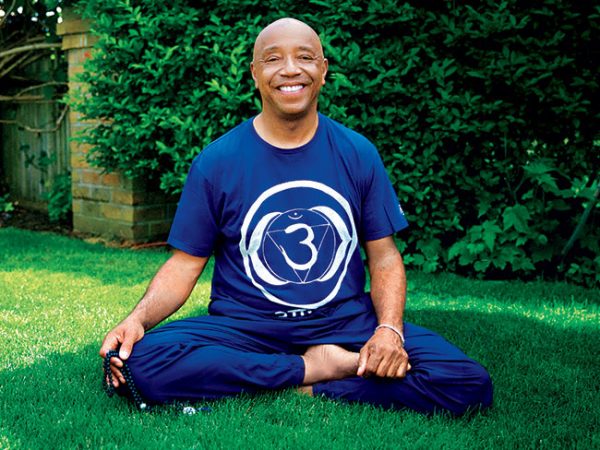 Simmons also revealed the identities of his own personal “gurus” — David Life and Sharon Gannon, leaders of the yoga sect known as Jivamukti.  The group has faced a lawsuit of its own for allegedly fomenting a climate of sexual and emotional abuse at its New York headquarters.  Like Simmons, but with deeper, more authentic roots in Hinduism, the Gannons have cultivated an aura of spiritual omniscience all the while exerting a thinly-disguised cultish, authoritarian control over their starry-eyed “disciples.”

It’s not an association that everyone would be proud of – or proud to reveal.

How much of Simmons’ considerable business fortune has made its way to people like the Gannons is unknown.  Simmons says that he prefers to donate behind the scenes, lest his recipients become too closely associated with his own name and personality.  As the police and media investigation of Simmons proceeds, his many associations with Yoga World will surely be revealed.  It may not be pretty.

Still, Simmons, like Bill Cosby and others, will likely retain a chorus of defenders, people willing to cast doubt on the stories of his accusers, and to extol his contributions to music and to society.

One of them is Earl Ofari Hutchinson, formerly known as the writer Leroi Jones, and an avid yoga booster himself.  Hutchinson penned an op-ed recently in which he suggested that Simmons’ embrace of yoga was an indication of an inner righteousness that no sexual abuse charges could possibly tarnish.

It’s a remarkable argument.  Yoga, it seems, in the minds of some of its most zealous promoters, has become a quasi-papal indulgence exonerating wrong-doers of the stain of profound sin.  It’s basically a “get-out-of-jail-free card.”

In fact, Simmons may have sensed yoga’s power as a healing “gloss” – and public relations mantle — all along.  He appears to have begun gravitating toward the practice – and his role as a spiritual “healer,” even while indulging yoga’s sexually charged Tantric element – shortly after he raped his first victim.  Becoming a self-styled guru provided him with a halo, a way to rationalize his continuing, perhaps insatiable desire to abuse.

One of his victims, Natashia Williams-Blach, claims that Simmons took her to a yoga class back in 1996 and they meditated together.  Then he took her to his home and tried to force himself on her.   Apparently, Simmons never perceived a conflict in his behavior.  “How can I be a rapist when I’m a yogi and a vegan” was his argument, Williams-Blach says.

Many of  Simmons’ accusers have expressed disbelief at Simmons’ ability to position himself so favorably in the public limelight for so long.  As late as last year The New York Times profiled Simmons’ meteoric rise to prominence, calling him, fittingly, the “The Yoga King of Los Angeles.”

But the Simmons his alleged victims knew was no study in spiritual righteousness.  He was a shady hustler, coarse in manner and speech, and every inch the fast-talking drug dealer he’d once been.  They say he could turn from friendly mentor to fiendish monster in the blink of an eye.  They came away shattered, their self-esteem and in many cases, their professional careers, ruined.

The women knew that he was powerful, and that crossing him – or simply refusing him – could be a career killer.  Until late last fall, few of them did.  Now, the circle of complicity and the conspiracy of silence around Simmons is likely to fade away, much as it has with film producer Harvey Weinstein, a Simmons’ kindred spirit, it seems.

When the dust settles, it’s doubtful that the American music industry – and the wacky world of American yoga – will ever be the same.