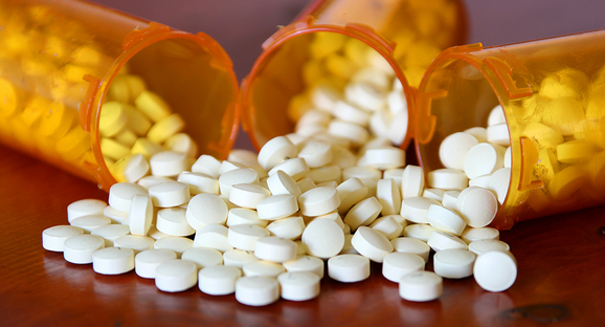 Can we expect the government to solve the growing opioid crisis?

President Trump on Thursday said he was declaring the growing epidemic of opioid abuse a national public health emergency, and by doing so will allow some funds to be freed up for use against the plague that claimed 64,000 lives last year alone.

No problem with the first step, but the opioid crisis, like the war on drugs, and prohibition of alcohol sales back in the 20s and 30s won’t be solved by throwing money at the problem, or new legislation restricting the use of the pain-killers.

Looks like we could have learned that enacting more laws restricting something generally makes that something more desirable to a certain percentage of the population, after decades of useless programs the government has tried in the past.  Still, we all agree that something has to be done to stop the spread of opioid abuse, and also the use of already illegal drugs.

Almost always the best way to solve a problem is to prevent it from becoming a problem in the first place.  In order to ensure the sustainability of an opioid abuse program, we must attack the cause of the abuse as well as provide treatment options for those already addicted.

Some suggest the root of drug addiction comes from the fact that people in general are just not happy with their lives and their status in the world, and the use of illegal drugs gives them a release, so the speak, from the everyday pressures that cause them to feel depressed.

Perhaps, it is partially the same for those who become addicted to opioid pain relievers as well.  Studies have shown that depressed people often suffer from chronic pain, and many initially get their start innocently from prescribed opioids.  Not true in all cases, as some are due to injuries suffered at work or home and receive painkillers as treatment.

As Americans, we are constantly bombarded by the trappings of being successful, or at least being perceived as being successful.  We are told by media advertising that we are not the cream of society if we don’t drive that 2017 automobile, have the latest smartphone and tech gear, or live in the largest house in the neighborhood.  We compete with our friends and our social groups to provide our families with the latest fashions with the correct logos, in the belief that we won’t be included in the “cool” group if we fail to do so.

Despite modern advances in time-saving devices, we find we have even less time that we had in the past, because we are working longer hours, participating in more activities and attending more functions.  In order to maintain our image and our perception of happiness, we are going ever deeper into debt, buying the latest fads that give us the feeling of euphoria for just a few moments or hours.

In other words, we are trying to purchase our way to happiness, which cannot be done.  These activities mimic the same sort of brain functions as do opioids and illegal drugs, and both are just temporary.  When the excitement is over, we are left seeking another “high.”

How many of us, despite our fine houses, new cars, and latest fashions, are still seeking that elusive feeling of happiness?  Imagine those who are unable to have those fancy new toys to provide the temporary euphoria.  It is easy to see how the quick and relatively inexpensive fix from drugs becomes a part of their lives so easily.

I don’t have the answer to the problem.  I wish I did.  Actually, the answer is to get people to be happy with what they have, but that’s a hard pill to swallow when your kids are hungry and have no shoes.  I just don’t think increased regulation and typically wasteful governmental spending will help.

I’m sure there are smarter people than me who can find a way out. I hope we hear from them.