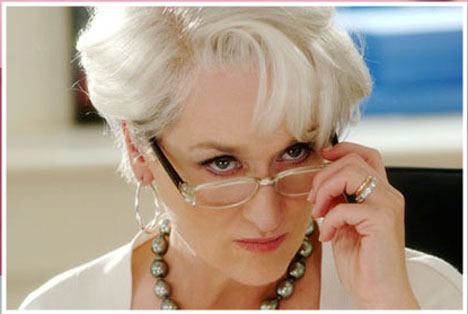 But with the huge influx of women into the workforce, and more laws against gender discrimination it seems surprising that some old-fashioned gender biases might remain.

The fact is, only a tiny percentage of all survey respondents – just 6% in the most recent survey – would prefer to work for a woman.

It’s as if the women’s movement has barely registered at the workplace, some observers fear.

Still, some ardent feminists are pushing back against these findings, saying they simply reflect continued male dominance at the workplace — not an inherent employee aversion to female bosses.

Female employees, they argue, are looking for women with the power to elevate their own careers; while female bosses may have made it to senior management, many of their underlings suspect that they lack the connections and power that men have to bring them up the corporate ladder.

“People want bosses who can open doors, make connections, offer favors and elevate the status of the people around them,” according to Rosabeth Moss Kanter. “But the jobs women [are] clustered in, even in the C-suite, [aren’t] the ones where they [can] accumulate and exercise [that] power.”

Her solution:  Give women more real power and authority, especially increased control over budgets, and watch respect for them – from both genders — soar.

“Nothing like having to go hat in hand to a woman for a budget overrun to suddenly note all her positive attributes,” she argues.

Perhaps, but other surveys – including one conducted by the Pew Charitable Trusts in 2013 — show that women’s workplace antipathy toward other women extends to their preference for men as colleagues, too.

Here again, most poll respondents – a healthy three-quarters — say that they have no strong gender preference.

But among those that do, male colleagues are preferred – by men and women alike – by better than 2 to 1.

Some observers say this result, too, reflects decades of sexism and female exclusion at the workplace:  Women sense a “scarcity” about opportunities for advancement and prefer to have less competition from other women – and more potentially powerful men to themselves.

Of course, ask any modern professional woman, and she’s likely plotting her advance with the help of other women – as well as men.  It’s not all competition.

Still, if those that do have a strong preference for men dominate perceptions at the workplace, it could mean that gender equality is not proceeding as fast as it might otherwise.

With so much distrust of women at work , it becomes harder to make a convincing case for pay equity — or even sexual harassment policies that might equalize the status of men and women.

And it breeds confusion —  an ultimately complacency, even among women — about making real change now.

These deeply ingrained attitudes may be halting progress at the top of the corporate hierarchy.   In 2016, women occupied just 4% of CEO spots at Fortune 500 companies.  And less than one in five corporate board seats is held by a woman.  Those figures actually represent a slight decline from 2014 and 2015.

And with the dawn of the Trump era, pressure to reverse this trend could well ease.

The upshot?  Men aren’t the only ones trying to preserve the “glass ceiling.”  A surprisingly high percentage of women – for complex reasons perhaps — aren’t so anxious to shatter it, either.