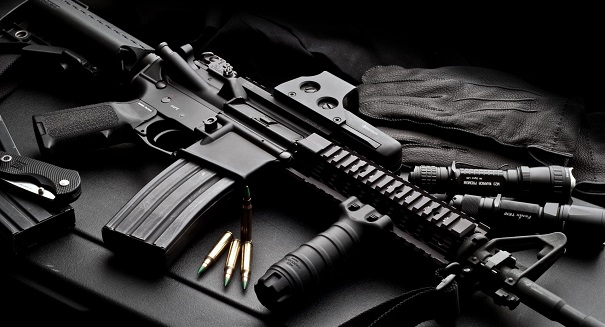 Now is the time to show our concern and compassion for the shooting victims in Las Vegas. There is time for debating the whys and hows later.

Pump the brakes, and let’s just slow down just a little.  The body count is not yet even complete and people are all over the news and social media promoting one side or the other on the gun control issue and blaming the other side for the tragic events that happened in Las Vegas on Sunday night.

We don’t really know as yet exactly what prompted Stephen Paddock to bring a stash of semi-automatic rifles to the Mandalay Bay Resort and begin firing indiscriminately at innocent concert-goers at the Route 91 Harvest Festival on the streets below.  Many of us woke up to the news this morning and found right and left arguing about gun control before we even knew of the events of the evening.

In full “never let a crisis go to waste” mode, politicians, activists, and ordinary citizens had already taken up positions to promote their anti-gun agenda, and Second Amendment supporters were circling the wagons in support of their constitutional rights.

Meanwhile, the shooting victims were still lying on the ground and in hospitals and emergency care, and at that moment, fighting for their lives and mourning the loss of life by their friends and family members.  Gun control laws and the such were the farthest things from their minds.

Have we become so desensitized to death and tragedy that we cannot simply show our concerns for those who had been shot and their immediate family members first?  Could we simply just not show support to those with loved ones living or visiting in the Las Vegas area who were waiting to find out if they would soon be visiting a memorial service?

Every tragic event has to become a political football, to be kicked and passed around to gain momentum for an upcoming election.  Both parties are trying to find the sound bite or Tweet that shows the other party as being insensitive to the needs of the victims of the tragedy, and in all that campaign mode politics, the victims that we should be supporting become lost in the press coverage, and in the minds of the public.

But to start the politicizing of a shooting event even while the police are still searching the area for more victims is an all-time low.  Your argument will still be the same tomorrow, or next week, and it is the same argument you have been espousing for decades.  So why the rush?  You haven’t changed the minds of gun rights supporters up to now.  Do you think this will cause them to re-think?

Yes, Paddock used a gun to kill more than 50 innocent people.  Timothy McVeigh used fertilizer.  The 9/11 hijackers used an airplane.  A terrorist in France used a truck.  As long as evil exists in the world, someone will find a way to do such vile deeds as did Paddock.

More than fifty people lost their lives on Sunday night, and all they did was go to a concert.  More than fifty people left someone behind that afternoon who had no clue it would be the last time they ever saw them alive.  Sons, daughters, mothers, fathers and close friends died Sunday night, leaving behind families and loved ones to mourn.  Parents died a little inside when their calls to their children’s cell phones went unanswered.

Right now, our main focus should be supporting and comforting those persons impacted by this tragic event.  We can debate gun control laws, and all the other problems we have as a nation at the appropriate times.

Just hours earlier we were all wrapped up in whether or not NFL players stood for the National Anthem.  Seems pretty insignificant this morning, does it not?