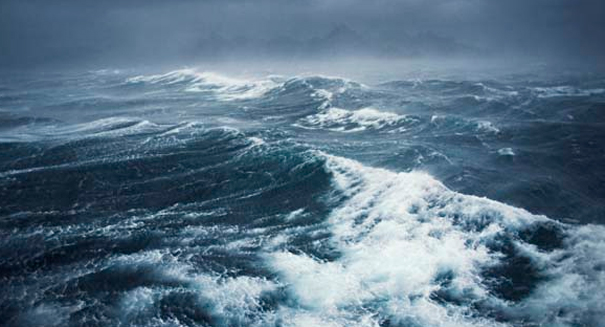 All the hyperbole and nonsensical claims about climate change may be creating a boy-who-cried-wolf effect on the general public. What if we just present the actual facts?

I am not about to debate the question of climate change and its impact on the world over the next 100 years.  I am not a scientist or climatologist, and I am not qualified to argue the point one way or the other.  I am prefacing my remarks by saying that because there are so many with the same or weaker credentials than I who are commenting on climate change, and making unsubstantiated claims and predictions.

What they don’t seem to understand is that these predictions of portending disaster and bizarre ties to current events are actually making a case against the concern of climate change and actually hurting the cause for which they wish to champion.

One side claims the science is settled, there is no more debate, and anyone who doesn’t accept any and all information provided or has the audacity to question the predictions is a “denier” and should be summarily dismissed.  Anyone wishing to pump the brakes and say let’s take a look from a different angle is ostracized, and pronounced evil.

What I wish to ask is, “Where would science be today if those who dared to question were silenced?”  Science itself is the process of learning new and different things, looking at a problem or an issue from all sides with an open mind, and drawing conclusions based on facts, hopefully void of opinion.

When we say “the science is settled,” does that mean all discussion and debate if forevermore curtailed?  Is no one to ask any more questions?  If new data becomes available, or a new way of investigation is found, should it be ignored, because the debate has ended?

The appearance of two major hurricanes so far this year is being touted as proof of climate change, but is there substantiated evidence to support such a claim?  Or is it being presented to attempt to enforce a preconceived opinion about climate change and its impact on tropical weather?  The two major storms themselves do not necessarily prove anything, although underlying data may actually prove the point.  But if such data exists, why not provide it when making the pronouncement, to bolster your findings?

Climate change studies tend to present the worst-case scenario when publishing their findings, and I understand that you must alarm the public to get their attention.  But, most of those studies contain multiple words and phrases such as, could, may and might possibly, and statements like if current conditions continue.  From that I read, yeah, it could happen, but it will probably be less than what they are predicting, and may not happen at all, since current conditions rarely remain the same.

And it doesn’t help that dire predictions of droughts, flooding, and other such disasters predicted decades ago failed to materialize.  All these predictions are based on computer models, primed with algorithms and data input by humans.  These are similar to models used to predict the weather in your area for the next seven days, although likely a little more advanced.  Should they be written in stone?  Would you plan your outdoor wedding next June based on weather data available today?  How about your granddaughter’s wedding in 2100?

I am not saying we should ignore climate science.  I am saying let’s tone down the sky-is-falling approach, make some realistic predictions, and continue to investigate human involvement with an open mind so we can minimize the impact without damaging the world’s economies in the process.  Put it back in the scientific community and out of the political arena.

The science should never be settled.  To stop listening to dissenting opinions will do more harm than rising temperatures.  History is littered with those who failed to listen, and millions upon millions of people suffered the consequences.