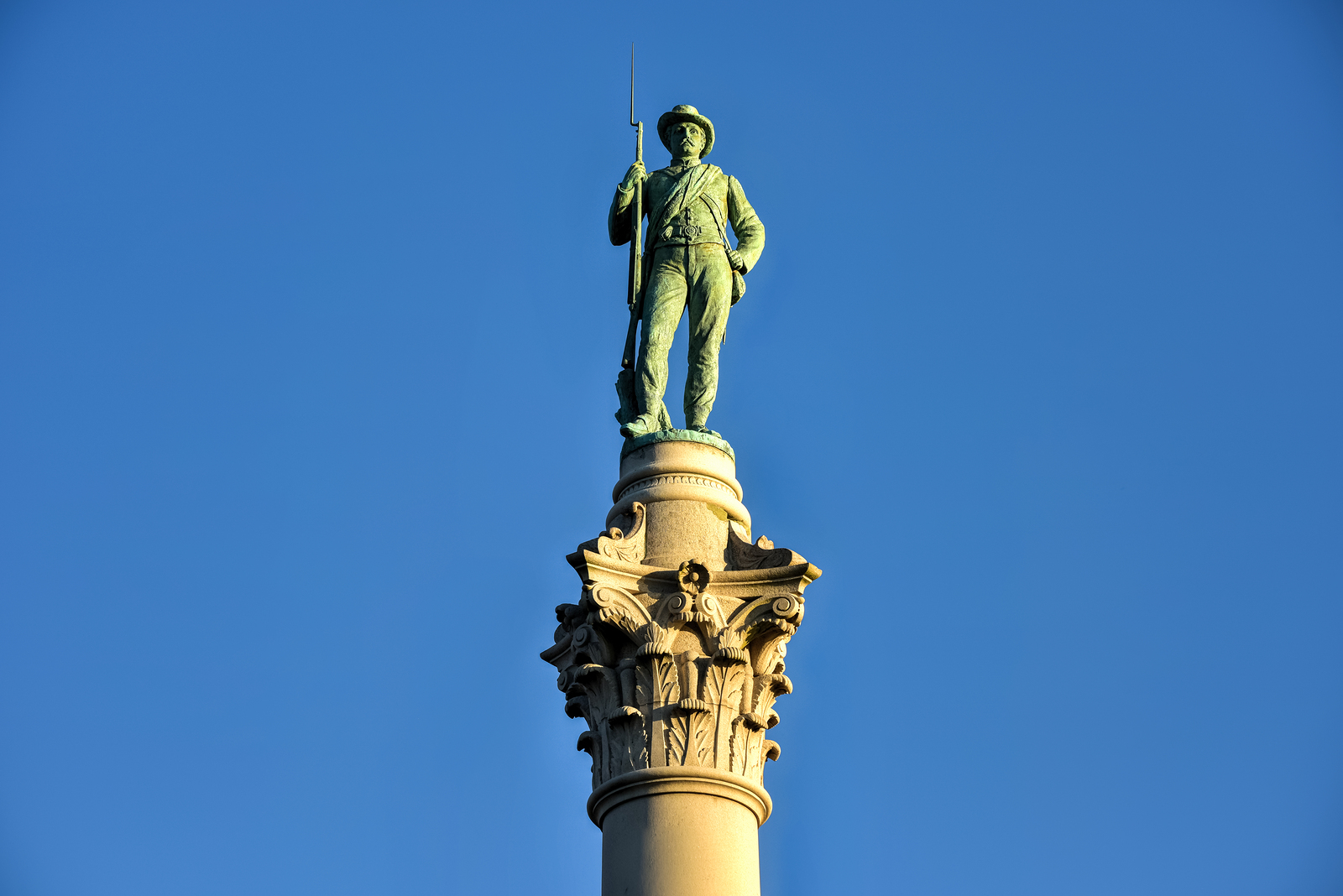 What is the real reason Confederate monuments and statues are suddenly being seen as symbols of racism and slavery?

If you pause for a moment and take a closer look at the current obsession surrounding the removal of Confederate monuments and statues, it’s easy to see, if you can have an open mind for just a few moments, the force that is driving the movement.

It’s not about racial discrimination, reminders of slavery, or “trigger moments” that send our youth and college students racing to their safe spaces and hugging their comfort dolls.

It is seizing a moment of political opportunity, pure and simple.  In the vein of the maxim, never let a crisis go to waste, the left has jumped on the movement to rally its forces around the Democratic flag, by trying to present all conservatives as white supremacists and violent members of a secret society with plans to execute or enslave all persons who are not of the white race.

Why the Kennedy significance?  Because during that time period and the years surrounding it, the country went through hundreds of protests and marches in support of Civil Rights for black Americans.  Many were held in front of or marching past those same monuments, without giving them as much as a sideways glance.

Most of those protesting in the streets today were too young to remember when actual racial discrimination was rampant, and even legally sanctioned, in the US.  When black Americans had to enter most businesses through the rear door, were forced to sit in the back of city buses, and could not use the same restrooms as whites.

And, surprisingly to some, this was also true in many parts of the US, not only the Deep South, as it is usually portrayed.  Many northern schools were still segregated after integration was completed in the South.

But, despite all the outward and visible signs of institutionalized racism that existed, little or no attention was paid to the Confederate monuments

And part of that is because most people of that era didn’t believe the monuments or statues represented a desire to return to the days of slavery.  Admittedly, there were pockets of those who claimed to continue to fight the Civil War.  Such extreme groups exist even today, but are small in number, even if they get a lot of press and TV time.

Most of these Confederate monuments were erected by the sons, daughters, and grandchildren of Confederate veterans, to honor their family member’s memory.  They were proud of their ancestors’ service to the “cause,” even if they recognize the cause itself was on the wrong side of history.  Many believe the war in Viet Nam was wrong, but still we honor our veterans who answered the call of their nation (or we should), and gave so much.

These monuments were reminders of the proud heritage of the South, even with its warts and blemishes, not calls for a return to those times of yesteryear.  We can’t erect a statue for each man and woman who served in any of the wars, so we represent them with memorials and statues of their leaders.

These monuments will eventually come down in most cities, or be removed to a less obvious location.  But it will be because of identity politics, not racism and bigotry.  Politicians, unwilling to risk the public crucifixion of being labeled as a supporter of racism, will take the risk of the small backlash by conservatives, many of whom have resigned themselves that this is just political correctness run amok.

History is not a blackboard to be erased and re-written, depending on the mood of the nation in any given point in time.  History is not always pretty.  Many mistakes have been made by persons, governments, and ideologies.  Pretending they didn’t happen doesn’t change them, but it does provide for a perverted version of the truth.

This is simply a cold, calculated political move, to garner support for the Democratic Party, and hold onto their identity politics base.  To divide and conquer.  And there will be another movement soon.

A while back it was flags.  Today, it’s Confederate monuments.  What will it be tomorrow?  Churches?   Mosques?  Classical music?  Books and movies with racial references?  Sound eerily familiar?  Sooner or later, it will be something that touches you, the individual.

Will you still believe it is the right thing to do then?