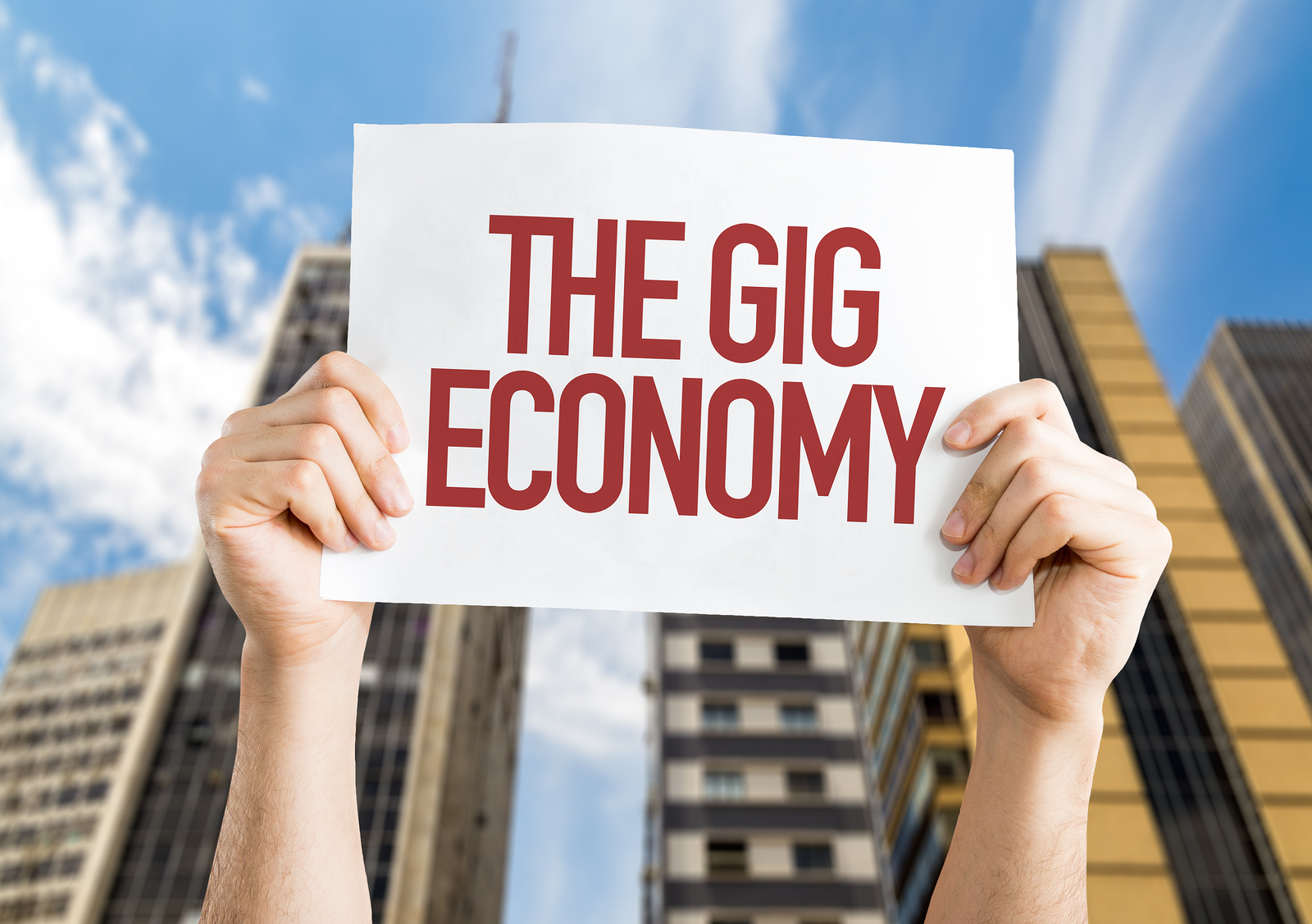 Imagine an Uber driver sitting at home, binging on Netflix, who suddenly realizes: I could be out making money by driving people around the city, having great conversations, making people happy, and getting drunks home safely.

We are only a few years into the emergence of a new form of market freedom.

In our highly regulated, static, and bureaucratized job marketplace, hobbled by a thicket of government rules and impositions, there appeared a beautiful thing. Sometimes called the gig economy, it specializes in using mobile apps and other software to directly connect producers and consumers. These new strategies have turned billions of previously idle physical and human resources into ones active in markets, to the great satisfaction of people, but much to the annoyance of governments and their connected labor unions.

The headline company here is Uber, the global ride-sharing service that only employs 7,000 people but gives power to millions of drivers and passengers, but there are also thousands of others. What a bright spot! Economic opportunities are being made available for millions, and these markets really do represent a hope for the future.

The irony here is that these strategies are devolving capital control back to workers, just as the socialists once imagined it should be – but it is happening through a capitalistic process. You might think that the emergence of such markets would be greeted with universal acclaim. But, of course, nothing this dramatic is greeted with ubiquitous cheers.

The New York Times has issued a major blast against the gig economy, and it has all the features of this genre of writing: find anything in the sector that might be improved, or is improving, and treat it as something government should crush immediately, regardless of the results for people who are actually choosing in favor of this form of market participation.

An editorial as bad as this calls for a good fisking:

There is no utopia at companies like Uber, Lyft, Instacart and Handy, whose workers are often manipulated into working long hours for low wages while continually chasing the next ride or task.

“Utopia” is a pretty high standard against which to compare any existing reality. It’s also pretty presumptuous for any writer to presume people are being “manipulated” because they choose to work hard. Many, just like many newspaper reporters, they desire success.

These companies have discovered they can harness advances in software and behavioral sciences to old-fashioned worker exploitation, according to a growing body of evidence, because employees lack the basic protections of American law.

Imagine an Uber driver sitting at home, binging on Netflix, who suddenly realizes: I could be out making money by driving people around the city, having great conversations, making people happy, and getting drunks home safely. So up he goes out on the town. This is what the Times calls “exploitation.”

Gig economy workers tend to be poorer and are more likely to be minorities than the population at large … Most said the money they earned from online platforms was essential or important to their families.

I have no doubt, but the Times is blaming the solution and calling it the problem. People who need another source of income have one, thanks to the gig economy. Would they be better off or worse off without the opportunity? (I’m embarrassed to have to make such rudimentary points here but such is the current situation.)

Since workers for most gig economy companies are considered independent contractors, not employees, they do not qualify for basic protections like overtime pay and minimum wages. This helped Uber, which started in 2009, quickly grow to 700,000 active drivers in the United States, nearly three times the number of taxi drivers and chauffeurs in the country in 2014.

That Uber grew so fast under this model should tell us something. The conventional workplace is not working precisely because of the “basic protections” that are actually horrible burdens that don’t help either workers or business owners. What these regulations do is diminish competition in every sector. The success of the gig economy is proof that the market is crying out to carry a lighter load of law. When you see success, that’s a signal you are doing something right (again, my apologies for typing such obvious things).

Increasingly, workers and government agencies are pushing back.

Put on your decoder ring: the term “workers” here means labor unions, whose only interest is in cartelizing the labor market for their benefit and at the expense of everyone else. As for government agencies, sure, they are ready to beat into submission anything in the market that moves without their permission. This is an old and grim story.

But so far, experience with these companies shows that without the legal protections and ethical norms that once were widely accepted, workers will find the economy of the future an even more inhospitable place.

Hey, listen. If the Times is saying that Uber, Lyft, Instacart, Handy, and the thousands of other gig companies are going to fail in the marketplace and be replaced by something else, that’s fine. Let the market sort out winners and losers. If workers find better options, they will gravitate toward them.

But so far, it looks like all the gravitational pull is in the other direction, toward industries that devolve ownership rights and choices to workers and away from the center and around government barriers. The market is already speaking, yelling, screaming: let’s try a different way. What the Times is actually agitating for are laws that crush these innovating companies. If they were to succeed, that would be deeply tragic.