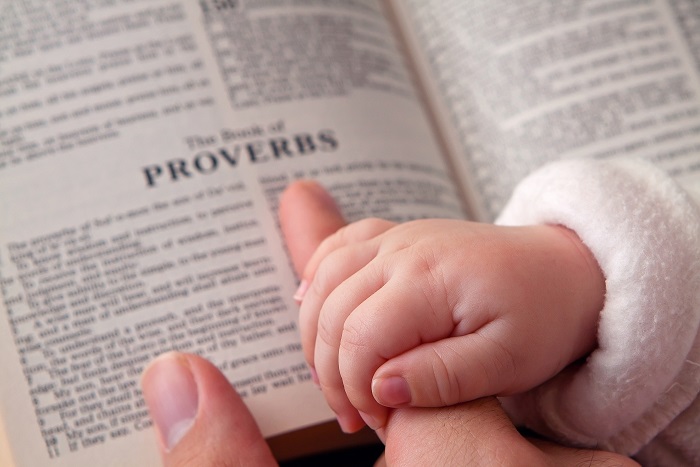 Yale Divinity School professor calls Proverbs the most Republican book of the Bible. We should all take a look at what it says.

I stumbled across an article on politico.com this week about Sen. Marco Rubio’s tendency to use quotes from the Bible, particularly the book of Proverbs, which also opined that that book seemed to be the favorite for Republicans.  The author, Joel S. Baden, a professor of Hebrew Bible at Yale Divinity School, called the book of Proverbs “probably the most Republican book of the entire Bible.”

The writer was not chastising Rubio for tweeting from the Bible, as many on the left tend to do, but more so for being selective about what he tweeted, using passages to support Rubio’s individual view of the world, politically and socially.  First, that struck me as a little bit of an odd thing to point out, since was all are guilty of repeating what we believe to be true if it supports our position.  I mean, who would post a tweet that was in opposition to their beliefs?

People, and in particular politicians, are not new to taking a passage, or a portion of a passage, that enforces their opinion of how things should be.  Over the years, many times I have heard the Bible quoted as a basis for someone’s view, and even I realized that if you just read a little more of the text, the speaker would have a greater understanding of the complete passage, instead of the part they just quoted.

But Proverbs is a great book, filled with wisdom, and much can be learned from reading the sayings.  The professor was quick to point out that many of Rubio’s quotes were along the line of committing yourself and your works to the Lord and you will be successful.  Also, he used quotes from Proverbs including “The Lord will not allow the righteous soul to famish” (NKJV Proverbs 10:3) and “He who has a slack hand becomes poor, but the hand of the diligent makes rich” (NKJV 10:4) as evidence of the book leaning in the Republicans’ favor.

It would be difficult to argue against the fact that many Republicans actually believe that hard work and disciplined living will make one successful, especially among the faction of the party that many describe as evangelical.  Still, that doesn’t mean that you are guaranteed financial success if you try to live by the Bible’s tenets. Heavenly reward is a different matter.

But interestingly in the same article, the professor does the same thing as Rubio by quoting Bible passages that seem to support the liberal point of view.  And he points out at the end of his article that it is “always nice to know that whatever your ideological persuasion, there’s a verse in the Bible just waiting to be appropriated.”  Unfortunately, that fact is bipartisan.

Those who know me know that despite my normal lean to the conservative side, I find it necessary to read and listen to those on the left with a differing point of view.  I try to keep an open mind because I believe neither side, conservative or liberal, presents the absolute truth, and I prefer to make my own decisions.  It’s the same with the Bible.  It has a way of speaking to the individual.

I would encourage both sides to actually read the book of Proverbs and see what it says to you.  You can find some great wisdom in there, and maybe we can reach some common ground between left and right.  I promise the evangelicals will not break down your door and drag you to church on Sunday, although they would certainly welcome you.  You don’t have to go out and buy a Bible.  You can even read it online, so none of your enlightened friends can find out.

And as Professor Baden said, there are other books with some interesting stories and quotes as well.  Not a bad read once you get past all the “begats.”