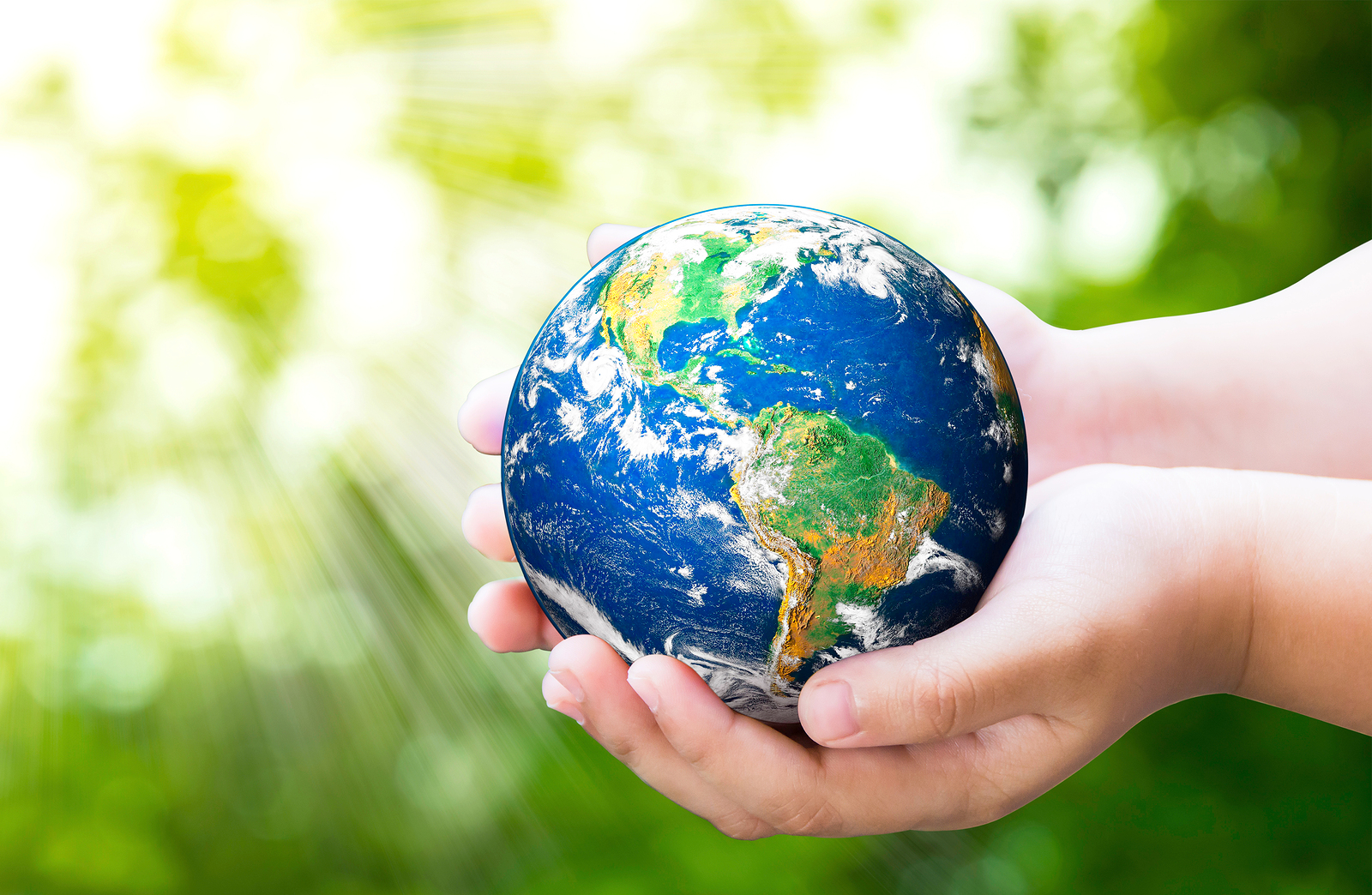 With the right experts steering the way, things will get much better; with the wrong elitists in charge, we're doomed.

Everything Trump does these days comes with its own build-in outrage, partly just to oppose him, partly because he is an obvious caricature of himself and of government effectiveness in general, and partly because people foolishly believe in the effectiveness of governmental policy to top-down steer the world in a better direction, and, well, he’s just doing it wrong.

But sometimes, he can be accidentally or partially on track, just by random luck. A stopped clock is right twice a day. So here’s to him wanting to pull out of the Paris Climate Accord.

Blasphemy! the progressives would cry, and stop reading, because the thought causes cognitive dissonance with the narrative that the planet is doomed without Governmental intervention.

Hurray! the MAGA enthusiasts would proclaim, because who likes Al Gore and Michael Mann, and we know Trump, the great negotiator, will get a better deal.

I’m not going to talk about Climate at all. I’m going to talk about what the policy — indeed all regulatory policies — want to achieve, which is to steer resource consumption and production precisely and accurately. To achieve what we want without anything we don’t want. Here is the aim of the accord:

(a) Holding the increase in the global average temperature to well below 2 °C above pre-industrial levels and to pursue efforts to limit the temperature increase to 1.5 °C above pre-industrial levels, recognizing that this would significantly reduce the risks and impacts of climate change;
(b) Increasing the ability to adapt to the adverse impacts of climate change and foster climate resilience and low greenhouse gas emissions development, in a manner that does not threaten food production;
(c) Making finance flows consistent with a pathway towards low greenhouse gas emissions and climate-resilient development.

The theory being that through globally coordinated top-down control, we can change resource production and consumption, and cool the planet. Let’s forget about the cooling the planet part for a minute, but just talk about affecting choices for societal goals.

When has this ever worked at even reasonably large scale? Comment below if you have an example, but I don’t know of one. So I don’t want a better deal; I want people to stop believing it can work.

People believe what they want and ignore everything else, but here are 3 brief examples in my vain attempt to persuade that government policy always fails in this regard, as Nobel Laureate Friedrich Hayek pointed out in his lecture, The Pretense of Knowledge.

The War on Drugs

Jeff Sessions foolish assertions not withstanding, it should be blatantly obvious the war on drugs has not “fixed” the United States drug problem, but has been enormously expensive, and has had disastrous effects not intended by the policy. Here is one chart:

In the meantime, here is what has our incarceration rate looked like: Perhaps Session’s position is the last gasp of the Prohibitionists’ goal of controlling supply and we’re going to see reality prevail soon, as it did during alcohol prohibition. But like many of our other programs, the proponents merely assert we haven’t done enough, or in the right way, and with just the right reform, things are going to be different.

The War on Poverty

Mao Zedong’s agrarian economy policies led to the Great Chinese Famine; it is estimated 15 million people died as a result of his best intentions. Here is what has happened since the reformists started “opening-up” :

So while great strides are being made in the war on poverty world wide, it is precisely because government, particularly the governments of China and India, are getting out of the way of their previous interventions and allowing the price model to work: 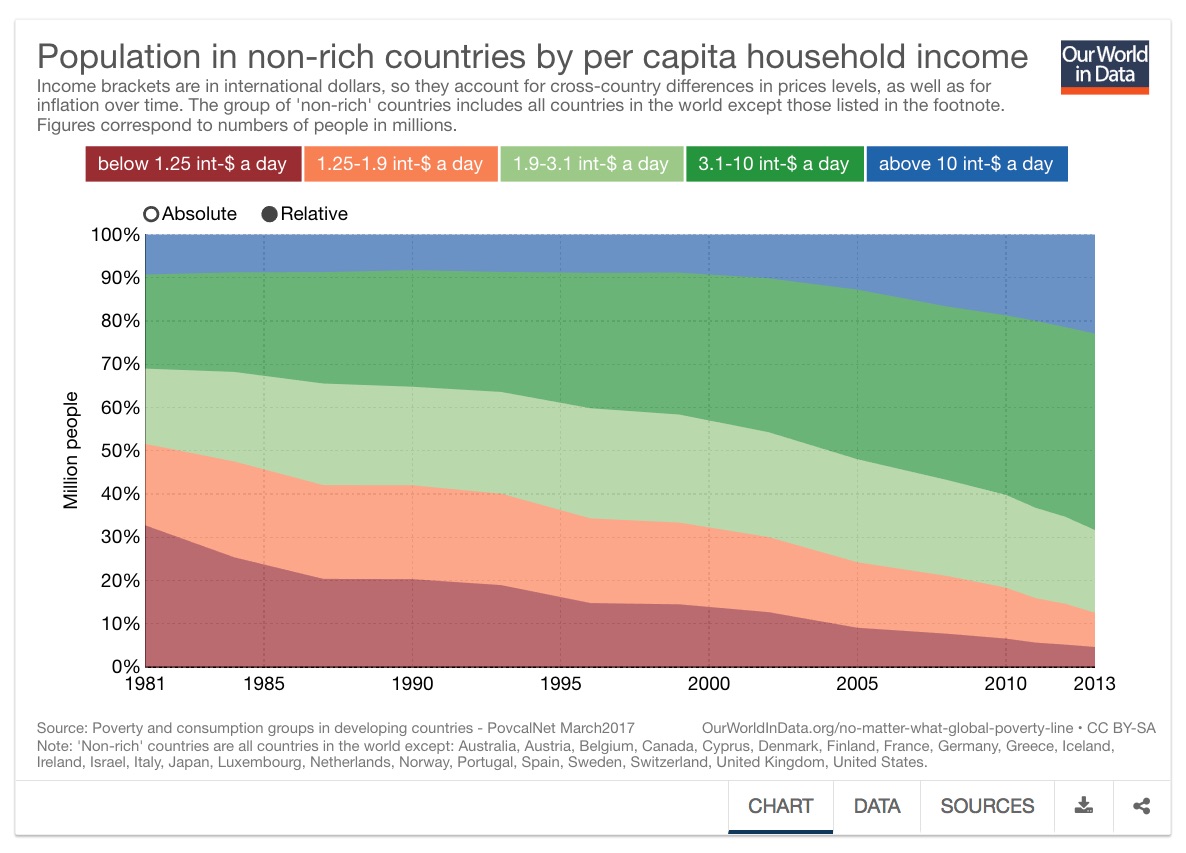 Meanwhile, in the good old USA, we keep fighting over expanding our approaches to poverty. Things were working just fine until we declared war on it:

That doesn’t stop us from continuing to have debates over cheaper education and cheaper healthcare. But how have our efforts in those areas “fixed” those problems, and why do we keep requiring more reform? The things that we intervene on the most are where prices have risen the most, and innovation is thwarted. Meanwhile, in less regulated areas of the economy, prices relative to performance are working in consumers’ favor, and still, the producers are thriving:

The War on Fat

George McGovern led the Senate Selection Committee on Human and Nutrition Needs, which produced the Dietary Goals for the United States, arguing we “had to do something” about obesity, and while not knowing all the facts, charged ahead with the low-fat crusade. American consumers and producers actually jumped on this bandwagon. The chart shows what happened. So even if you can get the behavior to change in a direction you want, what if that’s the wrong direction? How many people bought into the low-fat paradigm, and paid the price?

The goal of top down thinking is to change the behavior of each and every human in the collective. It can have some impact on groups like families, but even here, if a given family member isn’t completely aligned with the objectives, and remotely has the power and will, he or she will attempt to circumvent the policy out of self interest. Now expand the size of the group. A clan? A tribe? A town, city, county, or state? A country? A continent? The planet?

It gets more absurd the larger the group becomes and more diverse the wants, needs, and values are. And the data is clearly there: the totally managed economies but different approaches of China and the USSR; the differences between East and West Germany before the Berlin wall fell; the growth of North Korea verses South post partition.

It’s only confirmation bias that gets in the way of understanding that while many people want to control others’ choices, few people want their choices controlled by others, and maybe, just maybe, it’s not only immoral to attempt the control, but ineffective as well.