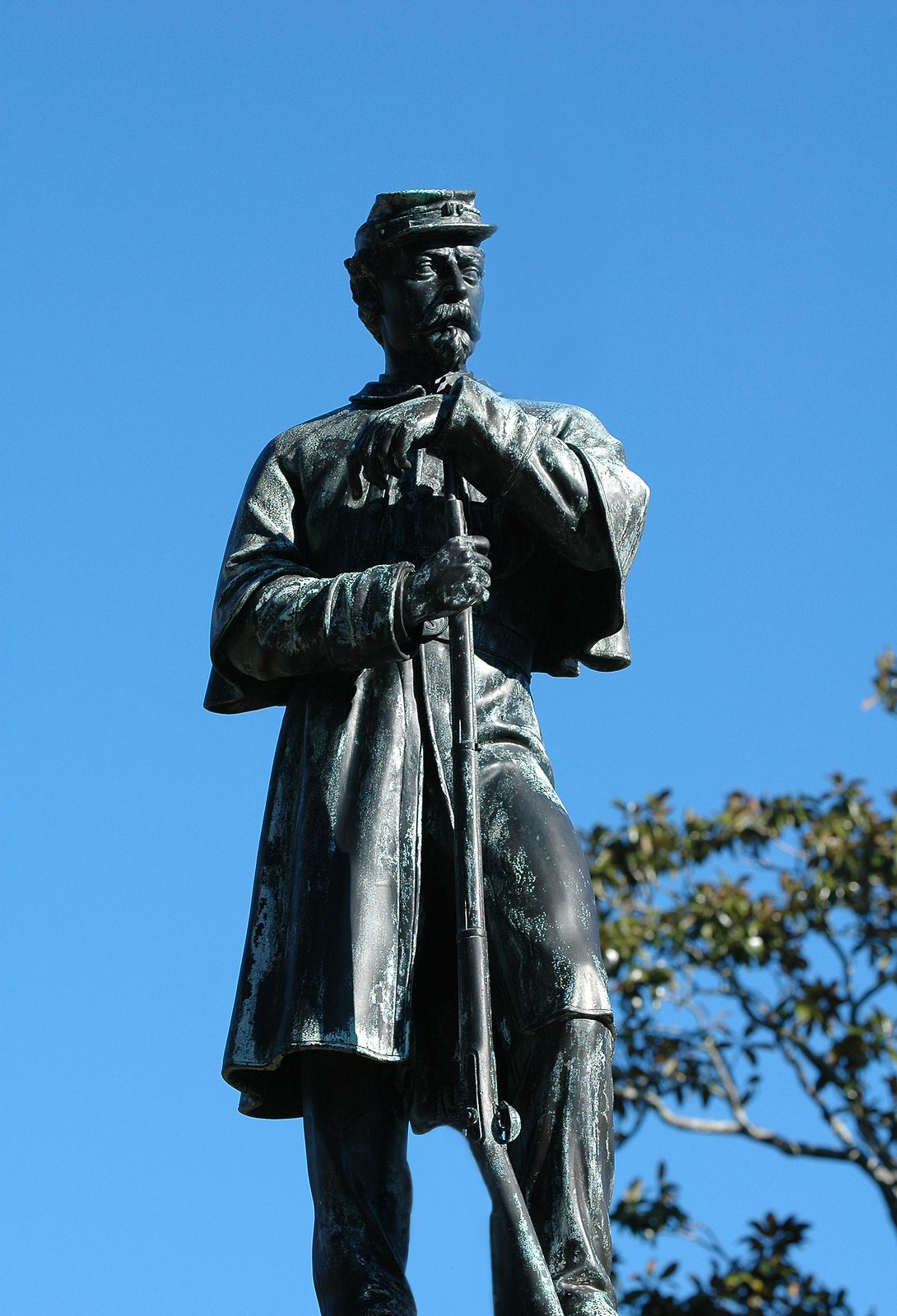 Although some symbols are painful, they serve to retell our story, from where we have come, and to remind us where we should never go again.

Several cities across the United States are bowing to activist pressure and bringing down monuments constructed to honor generals and local heroes of the losing side of the Civil War.  Some are being replaced with more recent heroes or more politically correct generic monuments, but some are just being hidden from the public view.

As it is in all wars, to the victors go the spoils, but it is somewhat unusual to see such activity occur 150 years after the final shots were fired and the last of the prisoners released.  The movement sort of began with the removal of the Confederate Flag from many Southern state houses and seems to be gathering steam, with various groups demanding even statues and other types of structures be dismantled.

Being from the South and quite used to seeing the Confederate flag being displayed on all manner of buildings, shirts, coffee mugs and many other types of paraphernalia, I pretty much took the symbol for granted, as part of the South’s heritage, and honestly, didn’t pay a whole lot of attention to it.

Being white may have also contributed to my indifference to the flag, even though I never associated it with any on-going discrimination.  I just thought it was a relic of a by-gone era, one that was certainly “Gone with the Wind,” pun intended.  I guess I probably thought it was not exactly a symbol blacks would embrace, similar to the Nazi symbol being a reminder of past atrocities committed by WWII Germany, but just a harmless remnant.

That same indifference left me not objecting to the removal of the Confederate flag at Southern state houses, if it was such a painful reminder for black citizens to pass by the flag.  I felt private citizens should still have the right to display the flag, but public property belonged to all citizens of all races.  The removal of the flag was easier to consider since some alt-right hate groups have appropriated the flag as their symbol as well.

But deconstructing centuries old monuments to brave men and women who fought, and so many died for what they believed in, even if we don’t even remember or ever actually knew what they believed in, is taking political correctness a step too far.  To my knowledge, no hate group is using a statue of Stonewall Jackson as their rallying call.

The history of the United States, like the history of the rest of the world, has not always been as pretty and perfect as we may now wish it had been.  There are all kinds of injustices that have been done to members of different races, ethnicities, and/or religious organizations in our nation’s closets.  Atrocious acts have been committed, and cannot be undone by pretending they didn’t happen, or trying to cover them up by removing all references to them in our history books and town squares.

Paradoxically, these types of monuments and historical records should be highlighted and emphasized, not as reminders of how bad we were, but as a testament to how much we have overcome.  Future generations to come should be constantly reminded so they will never forget how inhumane the human race can be, and grow up to be the watchdogs for all people of the world.

If our future generations of children grow up never knowing about the true history of the United States, believing in only a white-washed version without its warts and blemishes, how will they recognize when it starts to happen again?

And don’t think it won’t happen again.  Slavery still exist in parts of the world, and racial, ethnic, and religious discrimination is still alive, even in America today.  In some parts of the world today, one can be beaten or even slaughtered for their religious beliefs, or simply for being gay.

Slavery and the Civil War are part of the nation’s past, and should remain so.  Hiding the reminders of the past won’t change it.