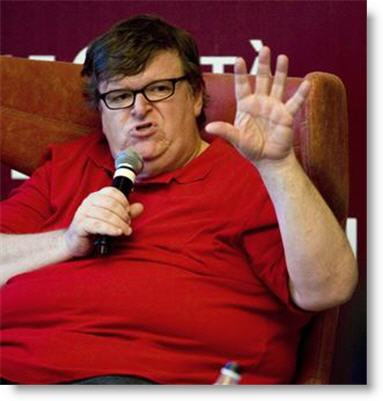 Number 5, the Women’s march never ends.  You can read that for yourself.  Sounded a lot like number 4 to me.

Sixth, take over the Democratic Party.  Republicans will support you wholeheartedly on this one.  Middle-of-the-road voters are already starting to view the Democrats as an extreme left-wing dominated party committed to obstruction, and this will likely reinforce those opinions.

Seven, help form blue regions of resistance, which kinda sounds like insurrection just a bit.  Moore calls for states to enact their own laws, which is a reminder of the issue of state’s rights, and sort of goes against the policy of increased federal government so favored by the left. That tenth amendment thing about the federal government having only those powers specifically granted by the Constitution could probably use a reboot. But maybe I’m reading it wrong.

Eighth, you must run for office.  Excellent idea.  Qualify, run for election, stand on your principles, and let the voters have the final say.  The Founding Fathers could not have said it any better.  We can always use an infusion of new people and new ideas in the political process.

Nine, you must become the media.  This one bothers me a bit.  The only check on any of the media is backlash from incorrect content and allegations, and to unleash the population to become the “fifth estate,” a media with no editorial responsibilities and no consequences for their posts and articles, is frightening.  Sort of like “Fake News” on steroids.

Finally, join the army of comedy.  Moore calls for his supporters to “mock him up” in reference to Trump, and “laugh him out of town.”  Moore believes Trump has thin skin and millions of Americans laughing at him will “discombobulate him and force him out of the White House.”

Not so sure that plan is the right way to go, particularly with Trump having 60+ million voters who elected him, rooting for his success and hoping his “Make America Great Again” campaign can work.  I have serious doubts that a bunch of left-wing loons posting memes will bring Donald Trump down.

Maybe something a little more constructive could be devised, such as working with Trump and being willing to listen and compromise.  That may be a better way to get things going in the right direction for everyone. right and left.  Now, that would be a plan.