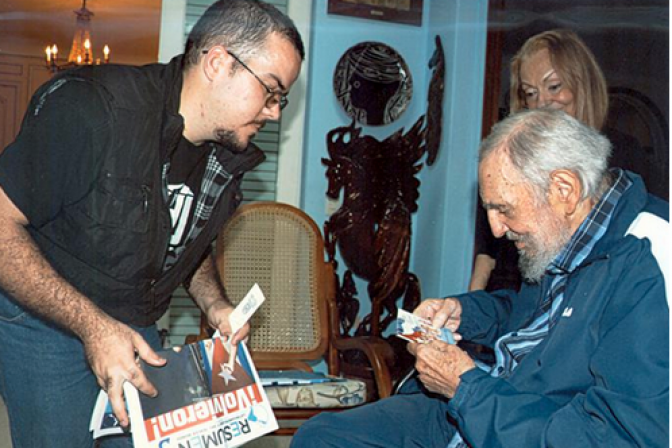 Will President Trump pursue a working relationship with Cuba and the US after Castro's death?

Fidel Castro has died, and although he had been dead to politics for quite some time, the event marks an end to one of the world’s most oppressive regimes, and one that has been a thorn in the foot of the US for over 50 years.

The defiant revolutionary took power in the late 50s and thumbed his nose at 11 US presidents, championing socialism and communism in the island country located just 90 miles from America at its closest point.

It is well documented the American CIA made several attempts to overthrow the Castro government, from assassination attempts to the famously failed Bay of Pigs invasion, but the dictator managed to thwart all the efforts and hold onto his power.

But age and failing health became the universal equalizer and finally brought the end to Fidel Castro’s reign in Cuba.  Although before he stepped down, he made sure of his legacy by passing the reigns to his younger brother, Raul, and Cuba’s elected body confirmed Raul’s as the country’s new leader.

Just this past year, President Obama took steps to try to normalize relations between the two countries, saying the tension had gone on long enough and it was time to move on.  This rankled many anti-Castro activists in the US.

Certainly, Castro’s sins are worthy of disdain.  He has murdered and imprisoned countless dissidents and those who opposed his strong-armed tactics and fought to reform the country’s political landscape.  It doesn’t appear things will change significantly under Raul, but time will tell.

Something that does appear to be changing is President Obama’s attitude towards the island nation, but will the new president continue to work in that direction, or return to the previous course when dealing with Cuba.

What does seem clear is, after half a century of sanctions, embargos, and travel restrictions, the government of Cuba has not been persuaded to change their form of government or their attitude towards human rights.

Maybe it is time to try something different when dealing with Cuba.  I mean the if the last 50 years are an indicator, little has been accomplished, so maybe it would be a good time to re-think our own course of action.

I respect the feelings of millions of Cuban-Americans who fled from Castro’s terrorist regime, and those who still have family members living in poverty in Cuba, but are we doing anything to affect change in the country or merely adding to the suffering of its citizens?

Perhaps an increase in trade with the nation could raise the standard of living for many Cuban nationals, and in turn, empower them to make a change on their own.  It certainly wouldn’t happen overnight, but nothing is happening now.

There is more than one way to assist oppressed citizens in making their nation a better place to live, and lifting of useless embargos just might have a trickle-down effect to them.  Better infrastructure and schools in Cuba might just lead to a more enlightened and encouraged populace, which, in turn, may just change the political climate from within.

Perhaps the death of Castro may lead to a softer position by the Cuban government, but it seems unlikely.

President Trump will have a big decision to make concerning Cuba, but probably not a high priority at first.  I mean, after all, it’s been over 50 years in the making.