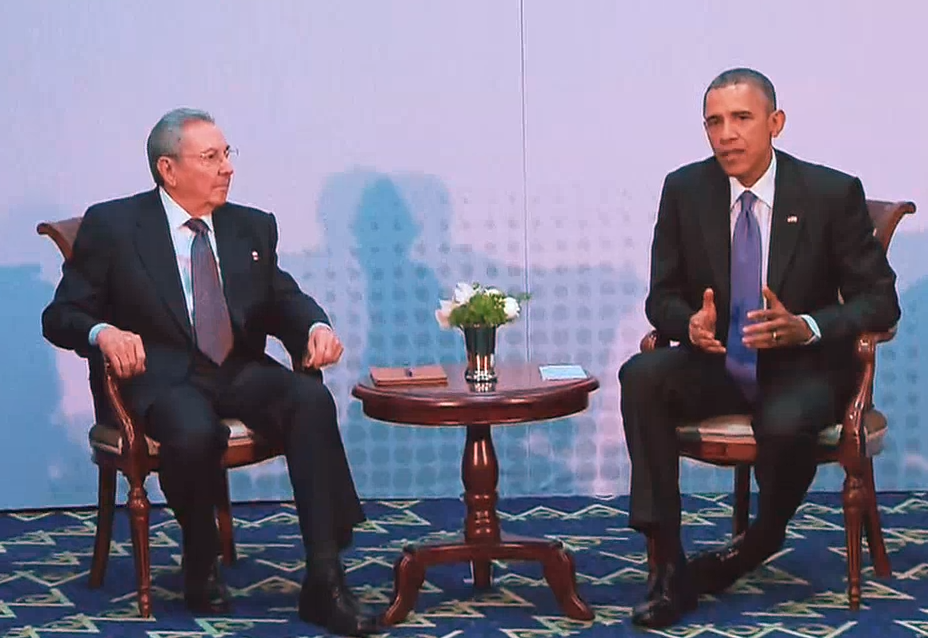 Hillary Clinton and Donald Trump have both sided with Obama's opening toward Cuba, even though with different degree of enthusiasm. Regardless of who will sit in the Oval Office, and despite the possible antagonism of the Congress, the embargo has to end as soon as possible, unless the US wants to live in the past forever.

Both Hillary Clinton and Donal Trump have paid only cursory attention to Cuba in the last months. Since President Obama reopened the channel of communication with Raul Castro, it seems a no-brain that whoever is elected to the White House will continue the “unfreezing” of the mutual relations.

Donald Trump has been more cryptic than Clinton, though. He agreed with Obama’s opening but wished the US could have had a better deal, and complained about the lack of respect shown, in his mind, by Raul Castro. Castro did not go personally to welcome Obama during his visit to Cuba, and in Trump’s view, this is a disrespectful attitude.

If Trump wins, there are at least 2 question marks hovering over the Cuban-American relations. Firstly, if and what he would do to strike that famous better deal. The room for maneuver is not that extensive, especially with the Guantanamo Bay controversy still unresolved. Secondly, Trump’s fixation with respect. And his standards to define “disrespect” are volatile at least. As a consequence, he might suddenly freeze the opening toward Cuba should he felt he is not respected enough. And with Trump’s unpredictable personality is not an unlikely scenario.

Hillary and the Democrats have been clearer. In the 2016 Democratic Party Platform it is stated,

We will continue President Obama’s historic opening and will put an end to the restrictions on travel and the embargo.

Hillary Clinton has also assured her voters that she is ready to overcome the Congress ban. It is unclear instead what Trump would do, should the Congress get in the way. But this scenario, where the Congress would deny its approval to lift the embargo, should not even exist in 2016 America. Only an unhealthy attachment to issues of the past could justify the Congress to veto the distension between US and Cuba. And only a blindsided view of the world could explain why anyone would not side with President Obama and agree that the embargo proved to be not only a failure but also detrimental for America.

It’s a failure.
The embargo was imposed with a crystal clear goal. Make the Cuban population suffer so that they would rebel against Castro. And the US put a lot of efforts into that. The embargo is still now the heaviest sanction ever imposed by America, as it encompasses trade, economic and financial activities.

What Eisenhower and his successors were trying to achieve is not unheard of in the US foreign politics. Just a few years after, Richard Nixon applied, in a more covert and way more illegal fashion, the same principle to Chile. And he succeeded, at least based on his standards, by getting rid of the socialist Salvador Allende and replacing him with the much more US-friendly Augusto Pinochet. And never mind that Pinochet turned into one of the cruelest dictators of the 21st century. The fear of a communist infiltration in Chile was over.

So why it did not work in the same way in Cuba? First of all, Eisenhower and Kennedy after him got the timing all wrong. When they imposed and strengthened the embargo, the Cuban revolution was barely completed, and many Cubans still looked at Fidel Castro as the leader who would change their country for the best. The Revolutionary Government was relentlessly implementing social and economic reforms favorable to the majority of the population. Personalities like Fidel, Raul, and Ernesto Che Guevara still had an enormous consensus around them and people were still weeping over the death of Camilo Cienfuegos. (Even though it turned out years after that the Castro’s brothers might or might not have being involved in Cienfuegos’ plane “accident”.)

But it wasn’t only the timing that made the embargo ineffective. Loneliness played an important role too. Without the support of other countries, America is imposing a lonely embargo. And Cuba had and has the chance to strengthen its ties with Russia, China, Iran, Venezuela and Latin America in general. The embargo threw Cuba into the arms of those same countries the US wanted to separate it from. It was not only a failure but it fully backlashed against the US.
And the same happened with the anti-Castro campaign. While the original idea was for the people to revolt and reinstate freedom, the US instead provided Castro with a powerful propaganda tool.
The expected (by the US) clash between pro and anti-Castro turned into an open hostility against America. The embargo reinforced anti-Americanism and did not improve at all the Cuban political situation, let alone the human and civil rights on the island. And whatever could and had gone wrong, Castro could easily blame it on the ruthless US hostility. Even more since 1992, when the United Nations started issuing yearly resolutions declaring the embargo a violation of UN the Charter. And all the countries around the world, with the exception of the US and Israel, joined the UN in condemning the sanctions. Add to the equation several reports by Amnesty International and Human Rights Watch stating that the US is violating Cuba’s human rights, and voila, Fidel and Raul are served with a perfect narrative.

Economically, the Embargo has been more detrimental to the US than to Cuba.  America loses, every year, $1.2 billion in exports and trades. Cuba, only $680 million. Cuba has been nevertheless more affected the US, due to its reduced size and limited resources. And yet, by diversifying its commercial and trade agreements, Cuba managed to absorb the loss more than the US. To be critical up to the end, under the embargo Cuba still succeeded to eradicate analphabetism, cut the infant mortality to less than 5% (the US is above 6%), and provide its citizens with free health care system (considered one of the more advanced worldwide) and education.

The cold war ended one generation ago. As President Obama said, “I know history but I refused to be trapped by it”. And yet, it took until 2015 for the US to remove Cuba from the list of “friend of terrorists” countries. Better late than never, but this delay shows a reluctance to let go of Cuba which does not make sense anymore in 2016. Cuba does not pose a threat to America anymore if it ever did. The world has moved on from the bipolarity of the cold war and so should the US.

The embargo is also the legacy of a certain political attitude. It is the last standing testament in Latin America of the time when the US considered perfectly legit to organize coups against elected Governments, to help killing Presidents and install dictators instead. To starve a population in the name of human rights and the war on American opponents.

And while times have changed, there are still enemies the US is trying to defeat. And in some cases, still using the same ruthless politics so common in Central and South America during the 60s-70s and 80s. There are people who look favorably at these politics. These people would like to keep on applying sanctions and plotting behind the scenes even now. For these people, the embargo, until it lasts (which is hopefully not that much anymore) should the best evidence that a certain political attitude does not achieve anything. Apart from backlashing against the US itself.