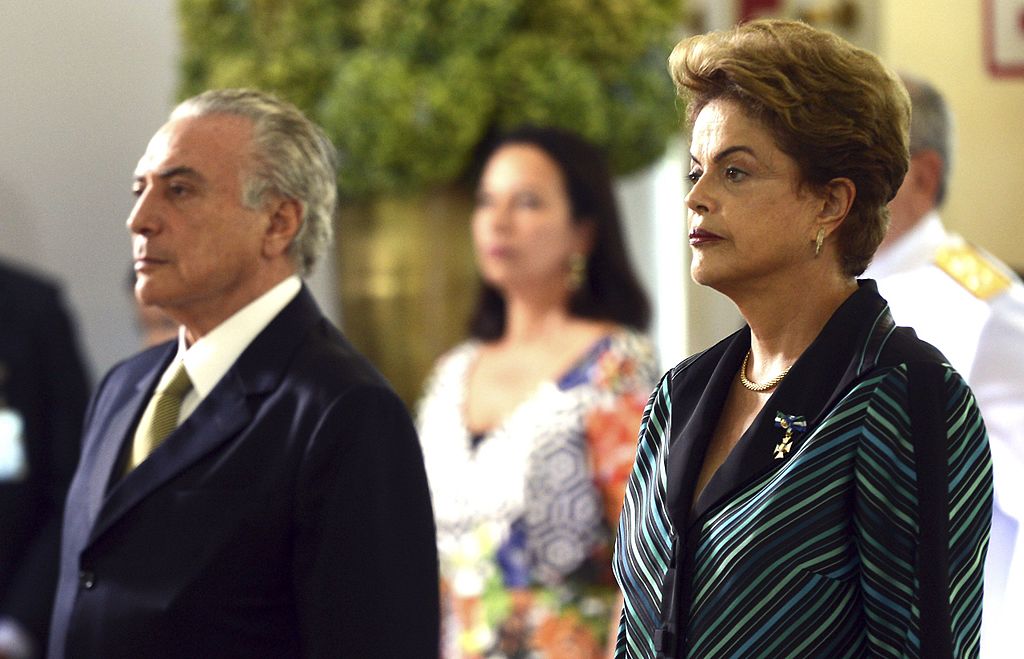 The Olympic Games are in full swing now. Records are broken, medals assigned, athletes are crying or laughing as we speak.

But underneath the surface, Brazil’s problems soars.

When Brazil won the bid to host the Olympic Games, it was a flourishing country. It was 2009, Lula da Silva led the country with a solid consensus, the economy was blossoming and the poverty rate declining. The Olympics were meant to be the celebration of a fast developing country, which had finally found its place among the biggest players in the political arena.

Yet, in less than 7 years the Games are a just a shining veil over a collapsing nation.

The plummeting price of oils has hit Brazil almost as hard as Venezuela. Iron, which Brazil exports toward other BRICs countries, has plunged almost 80%, in less than 5 years. As a result, Brazil is in a recession cycle since 2014, and unemployment rates have reached more than 10% in the first quarter of 2016. At the same time, wages have been declining constantly.

The International Monetary Found has some hopes left for the country, and has recently raised the forecast for the last quarter of 2016 and 2017:

Consumer and business confidence appear to have bottomed out in Brazil, and the GDP contraction in the first quarter was milder than anticipated. Consequently, the 2016 recession is now projected to be slightly less severe, with a return to positive growth in 2017.

The IMF looks positively at the new Government, ran by President Michel Temer. Temer’s positions on economic matters are much closer to the IMF than his predecessor’s Dilma Rousseff. But while part of the international community looks favorably at him, he remains at the center of heated protests in his own country.

2016 has been the culmination of a political mess. Corruption has always been part of the Brazilian scene, and has peaked to unprecedented levels with the PetroBras scandal. Already in 2015 hundreds of top managers of the oil company and politicians have been indicted, including former President Lula. Based on a report from the New York Times almost $3 billion were used in bribery.

Then it was the turn of Dilma Rousseff to be investigated. In a proceeding started early 2016, the (now suspended) President has been accused of illegal accounting practices. And while the world was busy watching the sports competitions, the Senate has decided to proceed with the impeachment trial. This might lead Rousseff to lose her political rights for up to 8 years and to the confirmation of Temer as President in charge.

And Temer is the bone of contention. Rousseff’s supporters, backed up by Bernie Sanders, consider him a usurper and the whole impeachment a legalized coup. Temer was indeed the one who pushed the most for having Dilma on trial, and acted as the puppet master to collect the votes needed for the proceeding to start.

And yet, Temer and his party are far from being immaculate themselves. Renan Calheiros (speakers of the Senate) and former speaker of the lower chamber, Eduardo Cunha, are among those under suspicion of corruption.

Protests against Temer took place before and during the Olympics, despite the “ban on politics” instituted by the Organizing Committee.

Will the Olympics help?

The short answer is no. The Games can bring some relief to the strained Brazilian economy, but only temporarily. On the other hand, they can also fuel even more the already abnormal inflation.

The political situation is even more tangled than the economy. On August 23 the final decision over Rousseff’s Presidency will be issued. Regardless of the outcome, the country will not easily go back on track. Brazilians are too polarized now between Temer’s and Rousseff’s to quietly accept the decision on who will be their President.

It is not impossible for Brazil to come back being an economic giant, instead of the ailing giant that it is now. But it needs a profound review of its economy and market diversification. It requires the political class to tackle corruption; a challenge when corruption is part of the political culture. If this does not happen, Brazil might still get back on its feet, but it will be the short-lasting recovery of a country doomed to fail again.