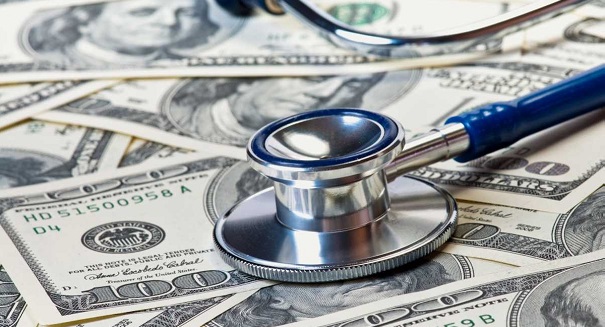 Obamacare act is creating mega-corporations that concern the left, despite being designed to do just that.

After Nancy Pelosi’s infamous line concerning the upcoming vote on Obamacare in 2010 about having to pass the bill to find out what was in it, some of the Affordable Care Act’s supporters don’t seem to like what is coming out of the legislation.

According to an op-ed piece in the Wall Street Journal, federal and state antitrust regulators filed a double lawsuit last week to prevent the large insurance providers Anthem and Cigna from combining, and to block the acquisition of Humana by Aetna. The reason?  The moves would reduce the number of national health insurers to only three, and the feds are worried the lack of competition would lead to a powerful concentrated industry.

The problem with the move is that is what the Affordable Care Act was supposed to do, as it was intended to produce larger, more efficient markets that would be more standardized with regard to patient care, and easier for officials to regulate.  In other words, the Act was designed to make all the small systems combine into a few, or even one, as many supporters wanted.

Critics of the Act at the time predicted the result would be the creation of these huge mega-insurers, and would de-emphasize innovation and improved quality, leading to the actual patients having fewer choices, primarily due to a lack of competition.

Earlier last month, a number of senators expressed concern that the combination of the insurers could lead to the loss of jobs at the companies, as the reduction of redundant services were eliminated, and the day-to-day operations at each company were combined, and these mergers should be prevented.

Here is a concept that many who have never been in the corporate world don’t seem to understand, or they have forgotten.  The idea of any company in business is to make a profit, so they can stay in business.  Corporations don’t have the option of printing more money when they need it, or passing a bill to increase the amount of their debt to stay afloat.

No one wants to see anyone lose their job, but if a corporation continues to pay for duplicated services, it would lead to reduced profit margins and, in a highly-regulated industry, sometimes those costs cannot be passed along to consumers.

The Wall Street Journal article cites the Federal Trade Commission’s (FTC) attempt to prevent Penn State Hershey Medical Center and Pinnaclehealth System’s merger, which was thwarted by federal Judge John Jones this past May.  The judge in the decision commented on the attempt by saying it was “no small irony that the same federal government under which the FTC operates has created a climate that virtually compels institutions to seek alliances such as the hospitals intend here.”

Again, the government is trying to prevent what the Affordable Care Act was intended to provide, because now they fear the healthcare system will become dominated by giant corporations, saddled by regulations and red-tape that will lead to a less-than-desirable experience for those patients who are already frustrated but the confusing system.  Funny, seems like we heard that somewhere before.

Still, the ultimate goal of the left is to move to a single-payer system, controlled and managed by the federal government.  That will lead to more regulations and a lack of competitive pricing, requiring billions of taxpayer dollars to provide the services we are getting now, with less efficiency, similar to the way most other federal programs operate.

The Affordable Care Act is doing what it intended to do, but now, we think that may not be the best route to take.  Maybe we should have read it before we passed it, to find out what was in it.