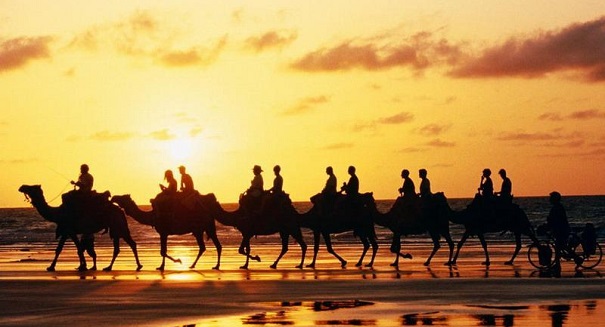 Ross Ulbricht was found guilty of charges that linked him to be the operator of the Silk Road marketplace, and faces possible life in prison.

Ross Ulbricht, the web developer who was alleged to be the creator of the Silk Road, was found guilty on Wednesdayof seven federal counts that all relate to his ownership, operation and management of the Silk Road website and its activities. The trail for the 30-year-old Ulbricht began in January in Manhattan, New York, and has come to a close after three weeks of proceedings.

Ulbricht was arrested in San Francisco at a library in October 2013 after authorities found him to be logged onto the illicit website, according to sources. The Silk Road is an infamous website that has long acted as a cyber black market for anonymous users. Christopher Tarbell, an FBI agent in the bureau’s cyber-crime unit said that, “[The Silk Road] was the most sophisticated and extensive criminal marketplace on the Internet today,” according to a USA Today article.

The Silk Road operated in an Amazon-like fashion but with a major exception. Rather than having a marketplace that exchanged eBooks and digital cameras there was instead illicit substances, false identifications, guns, and other “dark market” goods and services, all available for purchase. However, the selling of guns was later banned on the site, according to Forbes who was said to have interviewed the site’s operator. The medium of exchange on the Silk Road involved the use of digital currency called Bitcoins.

The Silk Road provided a medium in which buyers and sellers exchanged goods in the similar way that the historical Silk Road provided a corridor for trade in the mid-15th century, hence the site’s name. The genesis of the Silk Road began in 2011 wherein online users from around the world began accessing the site. The prosecution against Ulbricht indicated that as of July 23, 2013, the Silk Road had close to 1 million user accounts, according to court documents. However, the documents stress that this estimate may be inflated due to the fact that a single user may have multiple accounts.

Court documents revealed that the Silk Roads’ reach extended into four continents, and that it was comprised of users whose country-origins include the United Kingdom, Australia and Russia to name a few. Moreover, of all the countries, the United States constituted the largest user population on the Silk Road, according to country-location information obtained from Silk Road’s servers. The users continued to exchange unregulated products until the site’s dissolution in September 2013.

The operator of the Silk Road is commonly referred to as the “Dread Pirate Roberts” (DPR), a fictitious character name whose origins come from the film, The Princess Bride. The DPR is a pseudonymous avatar-name is used by the site operator and the person is referred to as such on the site by the Silk Road users. Subsequently, the prosecutors for the United States government believe Ulbricht to be the Silk Road’s DPR and refer to him as such in court documents.

Based on the charges, Ulbricht’s convictions carry mandatory sentences of at least 20 years in federal prison. However, Ulbricht could get life in prison, but that remains to be seen until his sentencing on May 15. The convictions that Ulbricht faces pertain primarily to drug trafficking, which was the Silk Road’s primary purpose, based on prosecutors’ charges in court documents. Moreover, Ulbricht’s convictions involve money laundering which was a result of Bitcoin exchange. Prosecutors concluded that the Silk Road generated sales resulting in revenue of 9.5 million Bitcoins, with the Silk Road obtaining approximately 600 thousand Bitcoins for commissions. This translated to $1.2 billion in sales and $80 million in commissions.

Ulbricht’s defense, as stated by his attorney, was that while Ulbricht was the Silk Road’s creator he merely intended to create the site as an economics experiment. The fact that the site turned into a drug trade operation was a result that Ulbricht was not a part of. The illicit drug trading of the site coupled with its other illegal goods and services resulted only after Ulbricht surrendered the site, according to the defense.

The defense stated that Ulbricht had only recently been engaged in running the Silk Road website for a few months when he was arrested. Furthermore, even after the conviction, the defense maintains that the actual site operator – otherwise known as the real DPR – was illusive and made Ulbricht serve as the “fall-guy” for the site’s operation.

Ulbricht plans to seek an appeal, according to reports.