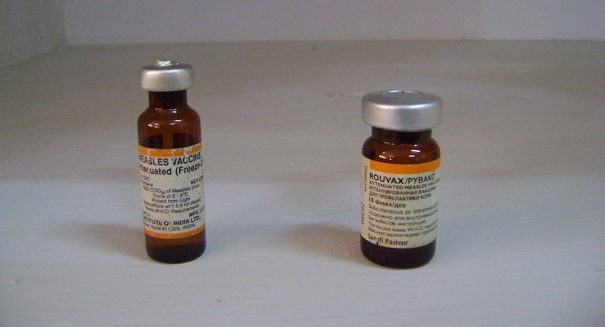 The measles epidemic is growing with new cases being confirmed each day, but why are so many people choosing to opt-out of the vaccine?

The latest two cases of the measles have been confirmed on Wednesday in Marin County, a California County just north of San Francisco. The two siblings were confirmed to have contracted the disease outside of the county, and both cases are linked to the Disneyland epidemic and neither child had received a vaccination for the disease. The children were not in school when they developed the virus, and are now required to stay in isolation for the next three weeks.

Marin County has the highest opt-out rate for all of the Bay Area and is one of the highest for opt-out rates in California, with close to 8 percent of children not receiving vaccinations, which is twice the average of the state. Now, the real question is, why are parents choosing to opt-out?

It is believed by some that vaccinations have a connection with autism, a developmental disorder interfering with communication and understanding emotions. Although this belief has been disproved by scientists several times through scientific studies, several parents still conclude that vaccinations are the reasons for their child’s autism due to a preservative, thimerosal, used in vaccines that is purported by some to have a connection with autism.

Some think it is too easy for doctors to slip and give too high a dose of the vaccine, which could be harmful to a child. Side effects are unlikely, but can and do occur, although the statistics of side effects not showing a huge significance.

Some religions do not allow for any medical treatment, as they believe everything is an act of God, and whatever happens is meant to be. Still others are trying to raise their children from an all natural standpoint. They believe nothing natural can be harmful and will benefit their overall health in the long run. In these cases, herbs and other medicinal plants and foods are used to treat illnesses, but vaccines are not allowing, since they are not all natural.

Most of all, some people do not have any other choice but to opt-out of the vaccine. For example, people undergoing cancer treatments and receiving blood transfusions are not able to receive the vaccine until after three months of the transfusions. In addition, certain medical conditions do not allow for vaccines, as it could worsen the condition.

Choosing whether or not to vaccinate children is currently a huge debate, particularly with the recent outbreak of the measles, with a total of 84 confirmed cases across 14 different states as of Jan. 28. The measles is a highly contagious air-borne disease that can linger in the air for up to two hours. It can cause permanent disabilities or even death in worst-case scenarios. With so many people choosing to opt out of the vaccine, the disease is spreading as people from all around the U.S. contract the virus.