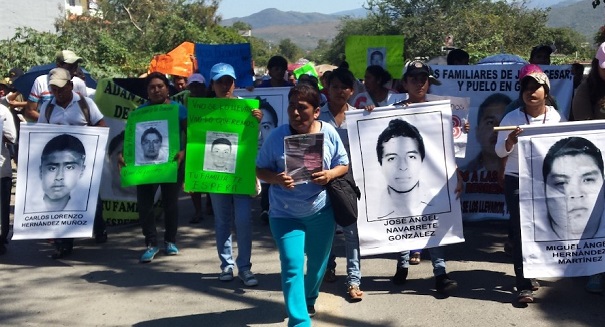 Insufficient evidence leaves questions as to whereabouts of missing students, despite government assertions that they are dead.

The students at the Rural Teachers College of Ayotzinapa who went missing after being attacked by Iguala police last September have been officially declared dead. On Sept. 26, 2014, three Ayotzinapa students, from Guerrero, Mexico, were killed and 43 others abducted. Although one student’s body has been recovered, four months later the whereabouts of the remaining missing students continues to be a mystery. Nevertheless, Mexico’s attorney general submits that the remaining students are dead.

The Ayotzinapa College is a leftist institution that provides free teacher training to rural people. The attendees of Ayotzinapa are more commonly known as normalistas. The normalistas are nationally known for engaging in radical activism.

The events that unfolded on Sept. 26 are undisputed. However, those responsible for the disappearance and whereabouts of the missing students, is a subject of contention. Mexico’s federal attorney general, Jesús Murillo Karam, is handling the case. As of Tuesday, Karam’s narrative asserts that the students are dead.

On Sept. 26, normalistas entered Iguala, Guerrero after a day of soliciting funds and commandeered multiple buses. Unbeknownst to the normalistas, their visit into Iguala occurred on the day that the mayor’s wife, Maria de los Angeles Pineda Villa, was giving a speech. Among those in attendance were the mayor and many officials, including police. Iguala police received word of the normalista’s attendance and were instructed to interfere with the students and their recently commandeered vehicles.

The ensuing chaos after police engaged the students is complex. The police engaged the normalistas by discharging rounds into the caravan of buses, which contained unarmed students. Many were injured, and three students died as a result. Police apprehended and abducted 43 other students, who were placed into police vehicles, according to witnesses, video recordings and investigative reports. What happened to the students afterwards is a debatable.

Karam’s federal investigation, based on officers’ confessions, revealed that the police were instructed to intervene with the normalistas by Iguala mayor, Jose Luis Abarca, and Pineda. Shortly after state investigations began, Abarca and Pineda fled Iguala and went into hiding, as did Felipe Flores Velazquez, Iguala’s secretary of public security. Pineda has family connections that implicate her involvement with cartel members. Abarca and Pineda were arrested in November, and are currently being charged in connection with the disappearance of the students. In addition, their charges reflect their involvement with criminal activity that relates to cartel coercion and money laundering. It was later revealed that cartel members contributed toward the students’ disappearance.

The day after the Sept. 26 incident, Guerrero prosecutors arrested 22 Iguala police officers. Investigations revealed that the Guerreros Unidos (GU), the local cartel, presumed that the normalistas were a rival gang. The GU therefore took part with the police in the assault. Moreover, the police and cartel are now known to have conspired because the police are said to have released the students into the GU’s custody, according to Karam. Karam is now declaring that the GU killed the students.

By Oct. 4, state investigators uncovered multiple graves in Iguala. The graves contained burned human remains, which were speculated to be the missing students. Forensic evidence revealed that these were not the students, and instead represented people who were previously unknown to be missing. It is at this point that Mexico’s federal government seized control of investigations, and has since been gathering evidence to explain what happened to the missing 43.

On Tuesday, Karam’s announcement asserted the students are dead despite the contradicting forensic experts’ assessment. Karam’s proclamation is based on data analysis that found inconclusive evidence. Furthermore, the government has sought to give validity to the inconclusive evidence by corroborating the testimonies and confessions of the cartel members.

The public and the victims’ families remain doubtful of the government because the cartel members’ stories are speculative. Nevertheless, the government’s official narrative is based on the GU’s claims that say that the students were shot, dumped, burned and bagged, and thrown in a river. When forensics analyzed the bags contents, the material had produced data that failed to find the students’ DNA.

Taking cartel confessions as a means to proclaim that the case is solved is only furthering citizens’ distrust in their government and inflaming civil unrest. Victims’ families say that the narrative is a convenient tale that skirts the rampant corruption that seizes politics, which extends beyond local and state levels.

Omar Garcia, 24, who was among the surviving students of the incident, has been adamant that Mexico’s 27th Army Infantry Battalion participated in the students’ disappearance. Karam has dismissed these claims. However, the army made an appearance following the police’s engagement on Sept. 26. Upon their arrival, the army treated the surviving normalistas as criminals and acted aggressively toward the students, according to witnesses. Soldiers have since been brought in for federal questioning.