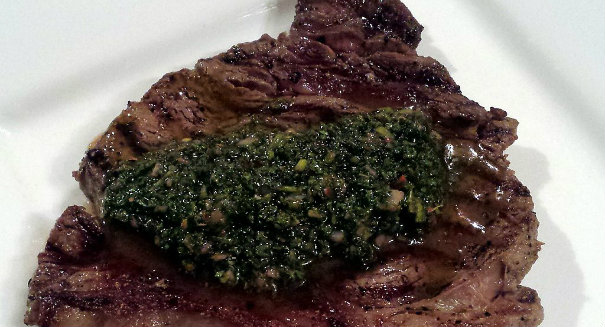 Every day, an already impressive body of evidence suggesting humans are responsible for climate change seems to grow. For humans conscious of their climate impact who want to make a difference, the question is often, “but what can I do?” According to the new Global Calculator Tool released by the UK’s Department for Energy and Climate Change, the answer is surprisingly simple: Eat healthier.

The tool, a complex interactive forecasting mechanism, shows projections for greenhouse gas emissions, cumulative CO2 emissions and much more to the year 2050 and beyond. Using a variety of levers including everything from travel activities to diet, users can toggle settings to see how emissions (and the corresponding average global temperature) will change based on lifestyle changes.

One of the biggest factors to achieving a goal of a two degree Celsius increase by the year 2050 (an increase that will avoid global catastrophe)? Diet. Specifically, reducing the consumption of meat from ruminant animals (which include livestock like cows and sheep).

“This change in the type of meat we eat could free up 290 million hectares of land, otherwise used for animal feed and pasture, to ultimately become land for forests, which acts a carbon sink and reduces the need for abatement elsewhere,” the report states.

A diet change would be effective primarily due to spacial constraints. Raising and feeding ruminant animals, for example, requires an awful lot of space. According to the report, an area the size of a soccer field can be used to produce 250 kg of beef. That same space could produce 1,000 kg of poultry, or 15,000 kg of fruits and vegetables. By changing the way we eat, we could significantly reduce the amount of land needed to produce food.

As it stands, the number of cows grazing per hectare of grass is expected to nearly double by 2050. This creates a mathematical problem: Though the global demand for food is expected to increase by 45% by 2050, forestland would need to expand by 5-15% in order to absorb enough CO2 to combat climate change. At current consumption levels, it would be difficult to find enough space to accommodate both the growing demand for beef and the needed forest expansion.

The calculator is meant to illustrate how the UK’s citizens can do their part to abate climate change while still prospering. By making a few crucial changes, the report says, citizens can continue to live comfortable lives that include improved wellness, more travel and even larger, more comfortable homes.

“For the first time this Global Calculator shows that everyone in the world can prosper while limiting global temperature rises to 2°C, preventing the most serious impacts of climate change. Yet the calculator is also very clear that we must act now to change how we use and generate energy and how we use our land if we are going to achieve this green growth,” said UK Energy Secretary Ed Davey.