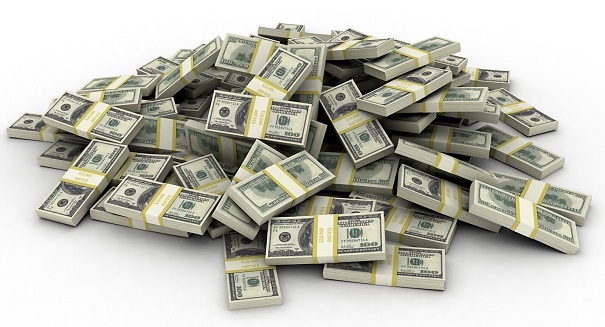 Humanitarian group Oxfam shows where in the world the 1 percenters live.

Simply defined, wealth is a person’s assets minus their debts. Since the Occupy movement, the wealthiest 1 percent of the population have been on the public mind. At the World Economic Forum held in Davos, Switzerland last week many references were made to the growing inequality between the 1 percent and the other 99 percent.

Most people imagine that the 1 percent are extremely wealthy billionaires who fly personal jets to vacation on privately owned islands. They probably live on a lavish estate where they are served by an army of servants, eating caviar from the finest silverware and drinking 100-year-old burgundy from crystal goblets as they laugh and joke about how they have risen above the rest of us.

While some of this may be true, recent research by the humanitarian group, Oxfam, shows that the wealthiest 1 percent are not entirely who people might think they are. Research includes well known figures such as Microsoft’s Bill Gates, Facebook’s Mark Zuckerberg and Berkshire Hathaway’s Warren Buffet. But Oxfam’s report also shows the 1 percent group consists of another 47 million people. Based on the earlier definition of wealth, this figure includes anyone with a personal worth of $798,000 or more.

Drawing on earlier data found by the bank Credit Suisse, Oxfam’s report illustrates where in the world we can find the wealthiest 1  percent. At 18 million, the United States ranks as the country where most of the 1 percent choose to live. Not surprisingly, most of them congregate in the northeast or the northwest, with a few surprises such as Utah and Wyoming being thrown in.

The country with the next highest population of 1 percenters is Japan with 4 million, then France with 3.5 million; in fourth is the U.K. with 2.9 million, and rounding out the top five is Germany with 2.8 million.

Based on the definition given, some of those who are regarded as members of the elite may not even be aware that they are in the club. The research accounts for those who basically own their own house or have paid off a huge balance of their mortgage, but the figures may be a little skewed because countries like Germany, which boasts Europe’s biggest economy, also has very low levels of home owners.

The report also does not take into account each individual country’s economic circumstances such as cost of living or real estate prices. The money involved in purchasing a one-bedroom apartment in one major city or country may buy you mansion in another.

Wealth does not account for a person’s current income, either. Many of the world’s top earners may not make Oxfam’s list of the wealthiest 1 percent simply because they still owe on debts such as their student loans, or spend their income as fast as they earn it.