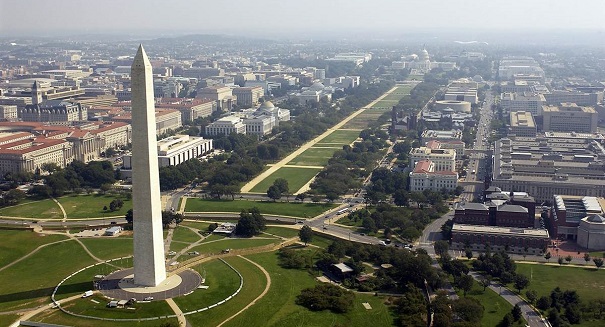 On the anniversary of the Roe v. Wade case, thousands appeared at the National Mall to participate in the annual March for Life.

Anti-abortion protesters gathered at the National Mall in Washington Thursday on the 42nd anniversary of the day the U.S. Supreme Court legalized abortion. Protesters participate in the March for Life annually. Each year it is held on the day that the Supreme court ruled that the Constitution protects a woman’s right under the 14th Amendment to have an abortion within the first trimester in the 1973 Roe v. Wade case.

Demonstrators marching were carrying signs with phrases such as “I am a voice for the voiceless,” and “Thank God my mom is pro-life.” Tens of thousands of protesters showed up to march causing several road closures.

As the demonstrators entered the National Mall, Republicans were fighting within the House to make federal restrictions for abortions stronger. The White House warned them that tighter restrictions would not happen and that President Barack Obama would veto the measures they were taking.

The vote occurred hours after lawmakers instantly deserted a bill banning late-term abortions. They were left short of enough votes due to a rebellion headed by a female Republican. The bill was pulled late Wednesday because Republicans were concerned that it would hurt their appeal to young voters and women, according to DC Inno. The House plans to vote on a bill that will ban federal funding for abortions instead.

A demonstrator at National Mall, 58-year-old John Castelot, expressed his disappointment in Congress’s decision not to pass the bill banning most late-term abortions. He also expressed his disbelief that people would not support the cause since 20 weeks is “halfway through a pregnancy,” and he called the legislation “flawed.” Castelot has participated in the March for about 10 years.

Several speakers, including Congress members, showed up at the event. One of those speakers was Rep. Cathy McMorris Rodgers, R-Washington. She told the protesters that her son, a 7-year-old with down syndrome, is the reason she is committed to the battle against abortion. She called every child and every life “a gift.”

After their speeches, demonstrators marched from National Mall to the U.S. Supreme Court steps. But anti-abortion demonstrators were not alone at this event. More than 100 pro-abortion protesters showed up as well.

Pro-choice protesters from D.C., Pennsylvania, New York and Connecticut were set to meet with pro-life protesters on the steps of the Supreme Court. There, they were expected to present their arguments regarding abortion rights.