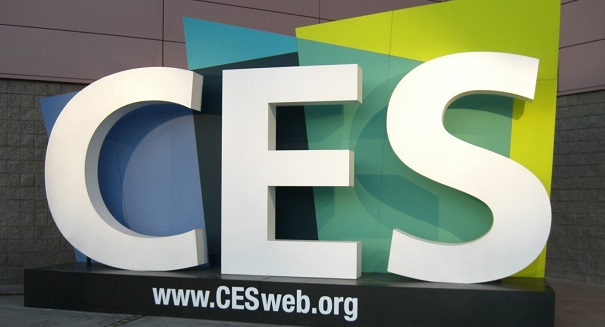 This year, the 2015 CES is abuzz with technology's newest promise: the Internet of Things, or the ever increasing web of connected devices that will see smartphone apps allow users to control just about anything.

A recent commercial begins with silver-haired actor John Slattery from TV’s Mad Men addressing the viewer. He intimates that he will make them privy to a secret. The future, he goes on to reveal, is in voice control. Indeed it is.

The advertisement is specifically for Honeywell’s Smart Thermostat with Voice Control, but like any truly effective ad campaign it is selling something much more significant. An effective advertisement offers what Honeywell is with it commercial: exclusivity, a first-class seat on a journey into the future, and a head start on the race into a paradise.

According to the psychology of ad campaigns, this paradise is populated only by those with enough dollars, enough sense to have been given the key. The product offers that key so the viewer can, in essence, consume their way into paradise. The paradise Honeywell is proposing promises the consumer the power to speak into existence any and everything they could ever want or need.

It may sound like science fiction or perhaps something out of a far-fetched Hollywood film. Yet the central theme of that Honeywell commercial is a stunningly accurate first look at technology’s next big step in convenience, accessibility, and connectivity.

And to find out more about technology’s next big step, it is no secret the annual Consumer Electronics Show (CES) is the place to look. Started in 1967 in New York City, the CES relocated to Las Vegas in 1998 and has remained there ever since.

A trade expo that brings together almost every major company and startup in the technology industry, the CES provides them a platform to show off their most cutting edge products and concepts. If it is being displayed at CES one year, it is safe to assume that product or concept will be somehow integral to the daily lives of human beings in the years to come.

Last year, at the 2014 CES, the Internet of Things was already being discussed as the future.

If it is not immediately apparent what that means, it is because the Internet of Things is not self-explanatory by any means. In fact, it is a combination of words that seems vague enough to render it close to meaningless. However, in reality it represents a fundamental shift in how humans will communicate and connect with the world.

Take a minute to consider the aforementioned Honeywell advertisement. Upon first viewing, it may be hard to take it seriously. It may seem like the stuff of fantasy when Slattery casually says that he is hungry only to have a plate of prepared food appear beside him.

There are a handful of high-profile examples that this shift has already begun.  Yet, the Internet of Things in its totality symbolizes a complete reliance on an increasingly complex and growing system of connections, utilizing either WiFi or mobile data, that extend functions such as voice control or remote monitoring into a variety of uses with a diversity of size and scope.

The 2014 CES saw companies display examples such as an app that allowed the user to remotely monitor and even the control their household oven or stove top from their cell phone. Other examples included an Internet-connected garage door opener allowing the user to open or close their garage doors from anywhere with their mobile phone and LED light bulbs connected to a mobile app that allowed total control of brightness and power at the push of a button.

This year, the 2015 CES is abuzz with the further possibilities implied by an increasing focus on the Internet of Things. The press releases point towards an almost unprecedented reliance on mobile devices such as smartphones and tablets to connect with all manner of other devices in the home, at work, and out in the world.

There is also an emphasis on devices actually acting on behalf of the user which could mean devices utilizing the increased predictive abilities of mobile software. Wearables are yet another trend being touted as a major one which recent headlines indicate could have major uses for the health care industry.

However, the CES is not open to the public and thus before the show, the staff remains quite tight-lipped about what will be displayed.

Despite the secrecy, a little research allows a possible preview. As an introduction to the varied size and scope implied by the Internet of Things as an applied concept, there is talk of examples as large-scale as a city government utilizing remote monitoring to ensure the integrity of its infrastructure and thus the safety of its citizens.

There is steady movement towards businesses building large grids of sensors that would be utilized in energy optimization (i.e. a room’s lights shut off when the last person steps out the door). As mentioned briefly, the health care industry has been quietly proposing the use of wearable heart monitors equipped to alert professionals the very moment a health crisis arises in the patient who wears it.

Finally, going all the way back to the kind of home automation suggested by Honeywell’s smart thermostat, many of the advances at the 2014 CES suggest things like remotely monitored and controlled washer/dryer combos or voice-controlled entertainment centers.

At its most basic, the Internet of Things equals the direction technology is headed as this millennium grows up, out of its teens, and into adulthood. Although only time will tell on all counts, the 2015 CES promises to point in the direction of optimal comfort, accessibility and connection. Yet, somehow, this seems to be where technology has been headed all along.