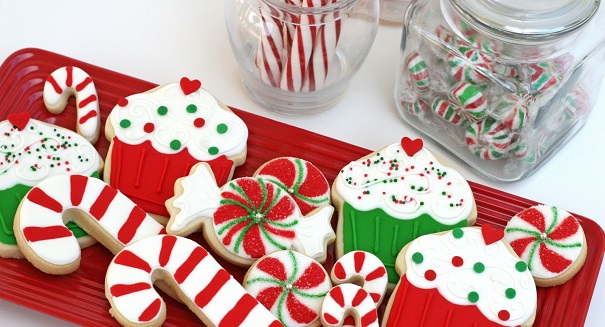 Studies show food addictions may be real, and that consumption of fat and sugar may affect the brain in a manner similar to use of opiates.

People jokingly say they are addicted to chocolate, McDonald’s french fries, cheesecake or other rich, sweet, fatty foods, but it may be no joke. Scientists have confirmed that fattening foods, particularly those involving sugar, may be addictive, a particular problem in the holiday season when cookies, fudge and other high calorie foods abound.

Some experts think it is inappropriate to label food as “addictive” because it is necessary for life and is not something people can quit consuming. A study on sugar addiction published in the September 2013 issue of American Journal of Clinical Nutrition provided some insight into why so many people in developed countries have so much trouble maintaining a normal weight. The study showed that similar brain patterns occurred in participants consuming high fat and sugar foods as occur in people who consume addictive substances such as heroin and cocaine.

Lead researcher Belinda Lennerz, a Harvard University Fellow in Pediatric Endocrinology, said that the study wanted to find out whether eating out of stress, frustration or for pleasure had any relationship to highly-processed, good tasting food. They were particularly interested in those foods with a high glycaemic index, such as refined starches and concentrated sugar that cause rapid fluctuations in blood sugar.

Typically, within a few hours of consuming a high glycaemic index meal, blood sugar falls below fasting levels, leading to hunger and overeating. The research attempted to understand why, whether it was a physical blood sugar level or a psychological reaction to the taste of the food.

MRI studies were also done on the participants, which found intense activation of the parts of the brain that mediate pleasure and feelings of reward and craving after processed sugar consumption. Similar patterns occur in people after they consume addictive substances such as cocaine or heroin.

Another study in rats, published in 2010 in the journal Nature Neuroscience, looked at the addictive nature of high-fat, high-calorie foods, and found that their consumption also affected the brain in a way that resembles the response to addictive drugs. This study looked at the effects of high-fat, high-calorie food consumption, and found that, given unlimited access to tasty food, the rats gorged themselves into obesity, even in the face of electric shocks applied to their feet in the presence of that food.

Paul J. Kenny, Ph.D. is an associate professor of molecular therapeutics at Scripps Research Institute and co-author of the study. He says that “people know intuitively that there’s more to [overeating] than just willpower.” He says there is a system in the brain that gets overactivated or turned on that drives overeating at some subconscious level.

Chair of the medical department at the U.S. Department of Energy’sBrookhaven National Laboratory Gene-Jack Wang, MD, said it is not surprising that junk food could provoke such a brain response, saying that “we make our food very similar to cocaine now.” People have learned to purify cocaine in order to deliver it more efficiently to the brain, making it more addictive. He says food has evolved in a similar way, purified and highly processed. He says that we eat white bread,     while our ancestors ate whole grains. American Indians ate corn, but instead we eat corn syrup. Wang says the ingredients in modern, purified and processed foods cause people to eat unconsciously and unnecessarily, like a drug abuser uses drugs.

Fast food is a land mine for addictive behavior, laden with both fat and sugar, highly processed and full of additives. Sugar, usually in the form of highly processed high fructose corn syrup, is present in buns and other fast food items. Fat and overall calorie counts are high. Salt helps keep fast food costs low through its preservative and flavor enhancing characteristics, but is also addictive. Monosodium Glutamate (MSG) is a common fast food additive that enhances flavor, but may hinder the feeling of fullness, leading to overconsumption.

One particularly addictive additive in fast foods is casein, considered the “nicotine of fast food.” Casein is a protein occurring naturally in cow’s milk, but fast food producers concentrate it by adding calcium hydrogen phosphate, a preservative. Casein is added to fast food breads, french fries, salad dressings and milkshakes. The Physicians Committee in Washington, D.C. says that as casein breaks apart during digestion it releases opiates, one of which has about one-tenth the painkilling potency of morphine.

Lennerz concludes that more research is needed on the idea of food addiction, but “the fact that a food may affect addiction centers in the brain, independent of calories or pleasure, provides the basis to rethink current dietary recommendations.