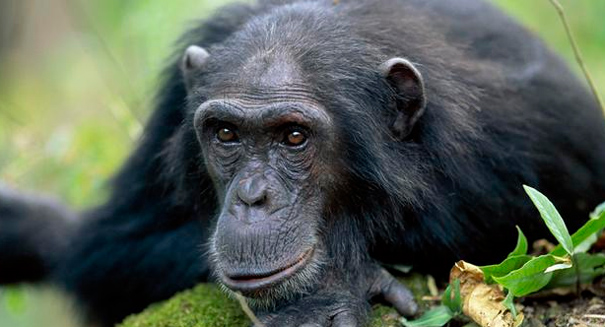 Researchers studied 17 years of behavioral and genetic data from chimpanzees in Tanzania, finding that an increase in aggressive behavior in males towards females positively correlates to an increase in copulation frequency.

A study published Thursday in the journal Current Biology reveals that male chimpanzees that displayed long-term aggressive behavior towards females, often including violent physical attacks, greatly improved their chances of fathering babies with them, suggesting that the behavior is indeed adaptive and a form of evolutionary sexual coercion.

Researchers of the study analyzed 17 years worth of behavioral and genetic data from the chimpanzee community of Tanzania’s Gombe National Park. This is the first study to utilize genetic evidence of long-term sexual coercion as an adaptive strategy in social mammals.

The team found that male aggression during a female’s swollen periods – the time during ovarian cycling when the females were most sexually receptive – positive correlated with copulation frequency.

“This indicates that males, particularly those of high rank, successfully employ a strategy of long-term sexual intimidation,” said co-author Ian Gilby, assistant professor in the School of Human Evolution and Social Change and research affiliate with the Institute of Human Origins at Arizona State University, in a recent statement.

A growing notion is that this chimpanzee behavior might also be able to provide insight into the evolution of sexual aggression in human males, but researchers are quick to caution the assumptions.

“We should be careful not to jump to conclusions. Chimpanzees are one of our closest living relatives, but 7 million years of evolution separate us, and our mating systems are very different,” said Gilby. “Nevertheless, recognizing the adaptive value of male-female aggression in chimpanzees may ultimately help us to understand, and hopefully prevent, similar behavior among humans.”