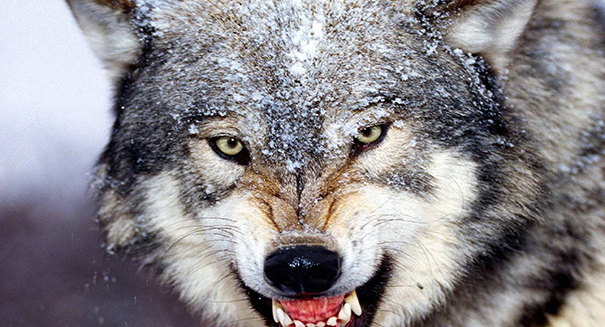 As the debate over the gray wolf rages on in northern parts of the mid-west, Wisconsin has made the decision to close another hunting zone. UPI reports that this is the third hunting zone that has been closed in the state, and this move is part of a larger effort to cut back on gray wolf hunting. This closure, along with the others, has limited hunting space in Wisconsin to just two legal zones, which will hopefully help rebuild wolf populations.

The gray wolf is an animal that has always been at the center of controversy. Many states, including those of Michigan and Minnesota, are making their own efforts to try and hold an annual wolf hunting season. Lately, Wisconsin has been at the head of this, as the Wisconsin Department of Natural Resources has just set restrictions on both hunting and hunting seasons in the state. These changes come from recent studies of wolf numbers, which show that wolf populations may not be able to handle large amounts of hunting.

Out of all fifty states, Wisconsin and Alaska are the only two that currently have a short hunting and trapping season for the gray wolf. While other states seek this, many conservation groups are actively resisting. The movement to close hunting zones in Wisconsin is one of the largest acts of resistance. There are currently somewhere around seven to eight hundred wolves in Wisconsin, which has prompted authorities to restrict the annual kill limit to one hundred and fifty wolves per year.

Michigan also tried to host a hunting season that would of began earlier this year, but that was stopped due to scientific reports that such hunting would result in too heavy of a decline. These efforts have worked well, and the battle for protections has led to a rebound in gray wolf populations. Even though they are no longer federally protected, it is still illegal to kill wolves in most states.