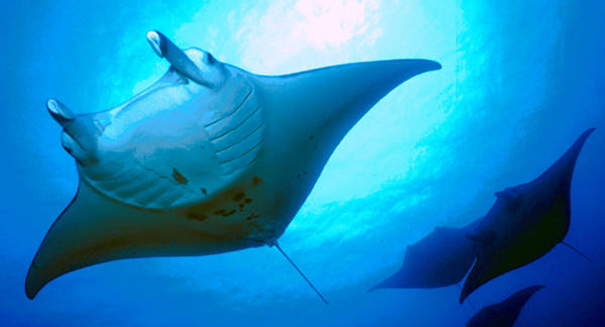 As much as one quarter of Earth's cartilaginous fish are at risk of extinction.

Though certain species of sharks and rays have long occupied space on global threatened and endangered species lists, until now the full magnitude of their endangered status was unknown. It turns out that as much as 25 percent of the world’s cartilaginous fish face extinction in the next few decades, with sharks and rays chief among them, according to a multicenter study.

The main issue is overfishing, which scientists have documented for decades. This study, however, is the first of its kind to survey their status across coastal seas and oceans. Their findings suggest that 1,041 species of sharks, rays and cartilaginous fish fall under three threatened categories on the International Union for Conservation of Nature’s (IUCN’s) Red List.

“We now know that many species of sharks and rays, not just the charismatic white sharks, face extinction across the ice-free seas of the world,” says Nick Dulvy, co-chairman of IUCN’s Shark Specialist Group (SSG). “There are no real sanctuaries for sharks where they are safe from overfishing.”

The researchers found that sharks and rays have the lowest percentage of species considered “least concern,” or safe, at just 23 percent. Otherwise, 107 species of rays and 74 shark species are classified as “threatened.” Sharks and rays are particularly attractive to fishermen due to their high price tag and relative ease of capture in the case of some species.

Losing these species would not be insignificant in the evolutionary scheme of things. Cartilaginous fish like sharks provide the earliest links to modern vertebrates with their jaws, brains and immune systems.

The IUCN SSG is calling on governments to safeguard sharks, rays and chimaeras through a variety of measures, including the following: prohibition on catching the most threatened species, science-based fisheries quotas, protection of key habitats and improved enforcement.

Hotspots for shark and ray depletion include the Indo-Pacific (particularly the Gulf of Thailand), the Red Sea and the Mediterranean Sea, where demand is high and conservation measures are slim.