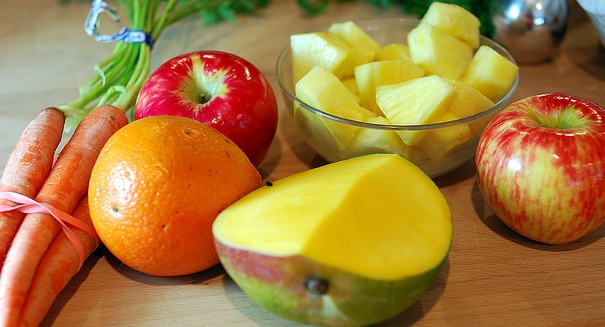 A new report from the U.S. Department of Agriculture (USDA) Economic Research Service examined changes in eating patterns and diet among American adults between 2005 and 2010.  The report focused on consumption of food away from home, which are a large portion of food expenditures and are also linked with lower diet quality.  Over the period studied, expenditures on food away from home declined 12.9 percent.  Researchers concluded that it was likely that dietary quality also improved, but that was not possible to ascertain based on the data collected.

According to the USDA press release, these findings indicate that the choices that consumers are making are generally healthier choices.  USDA Secretary Tom Vilsack credits the work of the Obama Administration, noting that the Administration is “working hard to empower the American public to make smart choices every day at school, at home, and in their communities.”  The decline in spending also correlated with eating three fewer meals and 1.5 fewer snacks away from home every month.

The report also indicates changing attitudes toward food and nutrition. Compared with 2007, the percentage of working-age adults who believed they have the ability to change their body weight increased by three percentage points in 2010.  This is an important shift in attitude because understanding that food choices impact body size incentivizes making healthier choices.

USA Today points out findings from the report that indicate adults cut their caloric intake by almost 100 calories per day.  They are consuming slightly less saturated fat and a bit more fiber, the study shows.  Also, families reported that they began eating more meals together during that time period, and more of those meals were home-cooked.

These findings come at a time when there is a large focus on obesity rates, which many believe are continuing to increase.  However, according to USA Today, the obesity epidemic is believed to be leveling off after several decades of skyrocketing growth. In 2012, about 34.9 percent of the people in the U.S. were obese, which is roughly 35 pounds over a healthy weight. That is not significantly different from the 35.7 percent in 2010 or 32 percent in 2004.