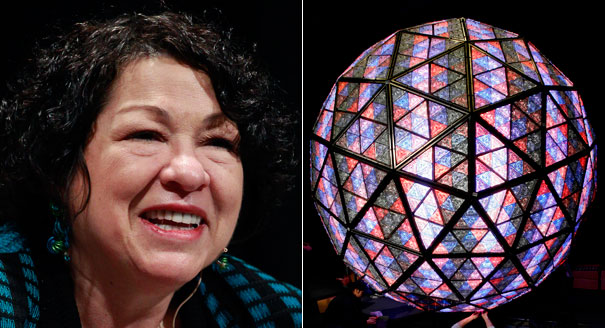 The SCOTUS justice will drop the ball.

The conclusion of 2013 will see an impressive line-up of stars competing for viewers across major networks.

Rounding out the news networks, Anderson Cooper teams up with comedian Kathy Griffin for CNN’s broadcast starting at 9:00 p.m.  from Times Square.

For movie options, viewers can also catch “Avatar” on FX; “WALL-E” on Disney; or “New Year’s Eve” on Cinemax.