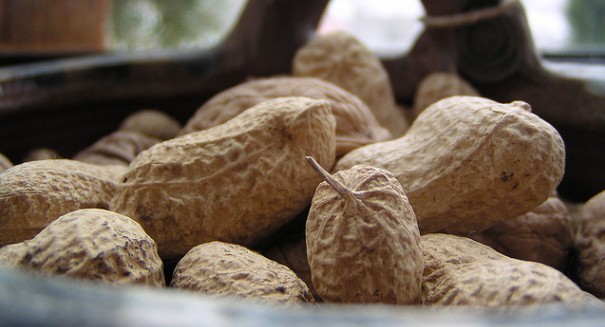 Looking at the records of more than 8,000 children, the researchers found 140 cases of peanut or tree nut allergies.

According to a news release from Boston Children’s Hospital, women don’t need to be concerned that consuming peanuts during pregnancy could cause their child to form a peanut allergy. The study’s findings are described in JAMA Pediatrics.

“Our study showed increased peanut consumption by pregnant mothers who weren’t nut allergic was associated with lower risk of peanut allergy in their offspring,” noted senior author Michael Young of Boston Children’s Division of Allergy and Immunology. “Assuming she isn’t allergic to peanuts, there’s no reason for a woman to avoid peanuts during pregnancy.”

Prior to this research, women had been told not to consume peanuts and tree nuts during pregnancy and while nursing, and that their children shouldn’t eat peanuts until 3 years of age. The purpose of these recommendations was to lower early allergen exposure and sensitization, thus lowering the risk of forming a childhood peanut allergy. The American Academy of Pediatrics (AAP) endorsed these recommendations in 2000, but rescinded the recommendation in 2008 based on a dearth of evidence supporting the dietary advice.

“No one can say for sure if the avoidance recommendation for peanuts was related to the rising number of peanut allergies seen in the late 1990s and early 2000s, but one thing is certain: it did not stop the increase,” Young posited. “It was clear that a new approach was needed, opening the door for new research.”

Young and his colleagues examined massive quantities of data from the Growing Up Today Study. Looking at the records of more than 8,000 children, the researchers found 140 cases of peanut or tree nut allergies. They then studied the diets of each child’s mother (peanut and nut consumption) during the peri-pregnancy period and examined them in contrast with the dietary habits of pregnant women whose children did not form a peanut allergy.

They discovered that the rate of peanut allergy was much lower among children in the study whose mothers consumed peanuts during the peri-pregnancy period.

“The data are not strong enough to prove a cause-and-effect relationship. Therefore, we can’t say with certainty that eating more peanuts during pregnancy will prevent peanut allergy in children. But we can say that peanut consumption during pregnancy doesn’t cause peanut allergy in children,” Young explained. “By linking maternal peanut consumption to reduced allergy risk we are providing new data to support the hypothesis that early allergen exposure increases tolerance and reduces risk of childhood food allergy.”