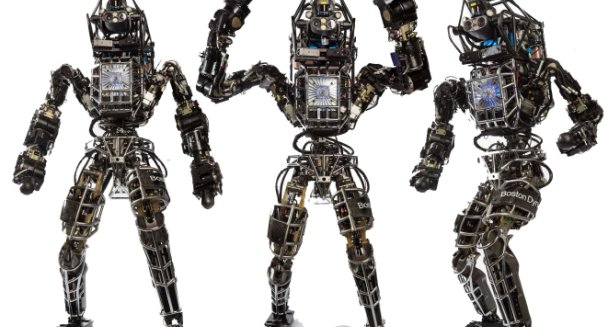 Boston Dynamics has grabbed headlines on its own this year, so it's hardly surprising that Google noticed the company and made a move to purchase it.

If you’re one of those people who thinks that Google is out to take over the world, then you probably won’t like this news. According to VentureBeat, the internet corporation recently acquired a company called Boston Dynamics in an effort to expand its robotics division.

The New York Times broke the story on Friday, revealing that Google had shown interest in Boston Dynamics – which creates unique four-legged robots, some of them for military applications – and made the purchase. Google didn’t reveal what its goals were for the robot company, nor did it indicate the price that had been paid to complete the acquisition.

Google has been purchasing robotics companies all year long, from Industrial Perceptions – which specializes in building robots for the movement of boxes and other heavy objects in a warehouse setting – to Redwood Robotics – which played a key role in the production of the film, “Gravity.” Whether the company is indeed hoping to wage war on the human race, or just aiming to become a leader in robotics technology and implementation, Google certainly has an impressive army of robots in the making.

Boston Dynamics has grabbed headlines on its own this year, so it’s hardly surprising that Google noticed the company and made a move to purchase it. Earlier this year, the robotics firm developed a new prototype called “the WildCat,” a four-legged robot which can run up to 16 miles per hour on its own, without a power tether. The company also has a robot called “the Cheetah,” which has reached speeds near 30 mph, but done so with the help of a tether.

In addition to the company’s experiments with robotic speed, Boston Dynamics has also developed a robot called “BigDog,” which resembles a mule and which is built for the purpose of carrying loads for military groups faced by rough terrain or dangerous combat situations.