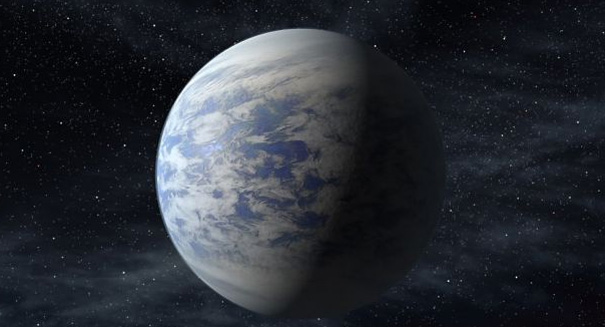 Historically, astronauts have had to make on-the-fly repairs using what was available on the ship or in the International Space Station.

Printer models have become all the rage in recent years. Their ability to create three-dimensional objects—from key chains to octopi to even an Aston Martin DB4—has gotten scientists pushing the printers into new territories, including for printing food. In this case, NASA plans to launch one into space in 2014 to help astronauts print spare parts and tools.

“Imagine an astronaut needing to make a life-or-death repair on the International Space Station,” said Aaron Kemmer, the company Made in Space chief executive. “Rather than hoping that the necessary parts and tools are on the station already, what if the parts could be 3D printed when they needed them?” NASA has contracted Made in Space to build the printer, which is estimated to be the size of a microwave.

Historically, astronauts have had to make on-the-fly repairs using what was available on the ship or in the International Space Station. One such example was in 1970 when Apollo 13 astronauts had put together a plastic bag, manual cover and gaffer tape to act as a carbon dioxide filter when a piece in the one on the ship failed. A 3D printer could have made a replacement piece and solved the problem.

“If you want to be adaptable, you have to be able to design and manufacture on the fly, and that’s where 3D printing in space comes in,” said Dave Korsmeyer, director of engineering at Nasa’s Ames Research Center.This is the first attempt NASA will be making toward having a 3D printer in space, and officials hope the product will help offset costs of future missions and enable quick manufacturing of replacement and much needed tools and pieces for future space missions.

3D printers work by feeding polymer materials a design model from a computer through a machine. These polymer materials are generally plastic-like. Lately, however, laser-melted titanium and nickel-chromium powders are becoming available to build stronger components, the kind of components that may be able to withstand the pressures of space. The printer itself will have to be strong enough to withstand lift-off vibrations and be able to perform safely and functionally in an enclosed space station environment.

NASA researchers were able to successfully test a metal 3D-printed rocket component last August as part of its goal to reduce production costs. The team is also experimenting with 3D printing small satellites that could be launched from the International Space Station and then transmit data to earth as they orbit around the planet.