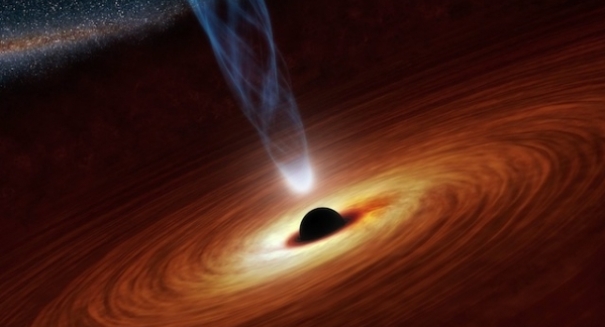 The experimental validation of this new hypothesis may come from data gathered by interferometers.

According to a news release from the International School for Advanced Studies (SISSA) of Trieste, new research suggests that black holes may have “hair.”

In 1963, Roy Kerr put forth a “clean” black hole model, which is the current theoretical paradigm. However, SISSA physicist Thomas Sotiriou and his colleagues suspect that, in reality, black holes may be a lot “dirtier” than what Kerr hypothesized.

However, Sotiriou and his colleagues contend that things may not have happened this way.

“Black holes, according to our calculations, may have hair,” notes Sotiriou, whose quote refers to a statement from physicist John Wheeler, who said that “black holes have no hair.” Wheeler was suggesting that only two quantities (mass and angular momentum) characterize black holes.

“Although Kerr’s ‘bald’ model is consistent with General Relativity, it might not be consistent with some well-known extensions of Einstein’s theory, called tensor-scalar theories,” says Sotiriou. “This is why we have carried out a series of new calculations that enabled us to focus on the matter that normally surrounds realistic black holes, those observed by astrophysicists. This matter forces the pure and simple black hole hypothesized by Kerr to develop a new ‘charge’ which anchors it to the surrounding matter, and probably to the entire Universe.”

According to the news release, the experimental validation of this new hypothesis may come from data gathered by interferometers (instruments able to record the gravitational waves).

“According to our calculations, the growth of the black hole’s hair is accompanied by the emission of distinctive gravitational waves,” adds Sotiriou. “In the future, the recordings by the instrument may challenge Kerr’s model and broaden our knowledge of the origins of gravity.”

What do you think of this new hypothesis? Share your thoughts in the comments section.