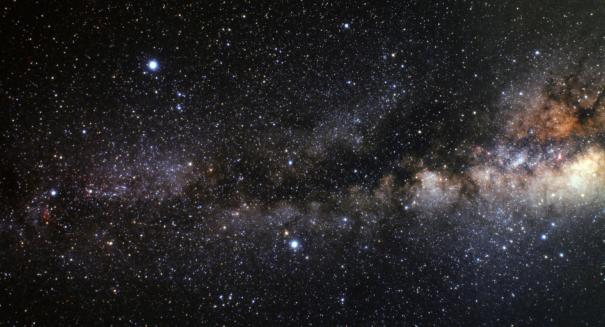 Could crowdsourcing provide astronomers with a complete map of the universe?

Citizen science just got astronomical. According to astronomers at the University of Minnesota, 83,000 contributors on the citizen science portal, Galaxy Zoo were able to help catalog 300,000 galaxies, 10 times larger than the any previous galaxies catalog to date. The new catalog is described in a paper published in the Monthly Notices of the Royal Astronomical Society and is available to the public online.

Citizen science is a rising phenomenon where individuals, many of whom with no specific scientific training, help in scientific projects or an ongoing body of work.  They volunteer to perform or manage basic research tasks such as observation, computation or measurement.

In this case, tens of thousands of people measured observed and measured the stars, adding to a growing body of work found on Galaxy Zoo. Galaxy Zoo began back in 2007 in the interface Zooniverse.org, which currently hosts 18 citizen science projects. The latest project launched just last week, Plankton Portal has researchers Oregon State University and the University of Miami asking for the public’s help in characterizing the plankton found in about a million underwater images.

To date, 54 scientific papers have been published based on Zooniverse’s crowd-sourced data, including this latest publication on the galaxies. In total, citizen scientists made 16 million morphological classifications of 304,122 galaxies. That represents about 57 million computer clicks, or about 30 years of a single researcher’s work, the scientists said.

What makes a concept such as citizen science and a portal like Galaxy Zoo so amazing and potentially groundbreaking for science is the combined ability to overcome computational error. For example, computers work on algorithms when combing through information such as galaxies. When parsing through galaxies, a computer may throw an anomalous galaxy or one that does not fit its programmed patterns. Meanwhile, the citizen scientists may see something in that galaxy and instead plot it as a compelling data point, something to delve into deeper.

The galaxy catalog is a census of galaxies near to our own galaxy, Andromeda, which is about 2.5 million light years wide. So, we are able to see the galaxies as they looked relatively recently. Now on round four, Galaxy Zoo can combine images of the local universe from Sloan Digital Sky Survey with deep space images from Hubble’s CANDELS survey. Future catalogs will basically then be able to show how galaxies looked a very long time ago.

The best part of all this? Now that you know, you can join in, too.