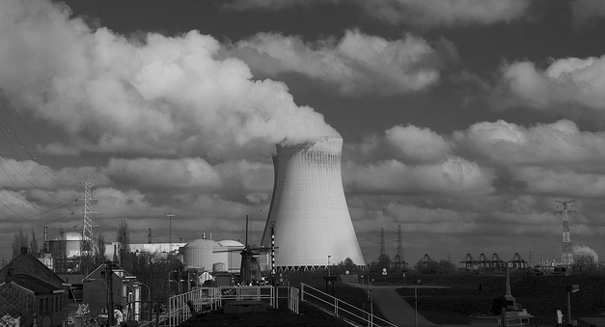 The statistical analysis evaluating the risk showed no evidence of an increased risk of leukemia and non-Hodgkin’s lymphoma in the vicinity of a nuclear power plant.

A new study, published in the British Journal of Cancer, evaluates the risk for leukemia in children living near nuclear power plants.  The researchers examined cases of leukemia and non-Hodgkin’s lymphoma in children that were born and diagnosed in Great Britain sometime between 1962 and 2007.  They looked at 9,821 children under the age of five that lived within five km of a nuclear power plant and compared them to 10,618 children under the age of five with the same cancers and 16,760 children of a similar age with other cancers.  The statistical analysis evaluating the risk showed no evidence of an increased risk of leukemia and non-Hodgkin’s lymphoma in the vicinity of a nuclear power plant.  The authors note that their findings are not compatible with some of the other research, including a recent German case.

In an analysis of the study, BBC News reports that concern over the link between nuclear power plants and childhood cancers in Great Britain began in the early 1980s with a television investigation that reported a higher number of cases of cancer among children living near the Sellafield plant in the region of Cumbria.  The current study focused on leukemia, which is the twelfth most common cancer in the U.K., but accounts for one-third of cancers diagnosed in children.

Literature since the investigation of the Sellafield plant has been mixed.  Some groups have criticized the methodology of prior studies.  Cancer Research UK sees promise in the results of the current study, but emphasizes that it is important to continue monitoring before relying on the conclusions.  This study supports earlier findings by the Committee on Medical Aspects of Radiation in the Environment (COMARE).  COMARE concluded that being born near or living in proximity to a nuclear power station does not increase the number of cases of leukemia and similar cancers in children under five in the UK.  COMARE also suggests exercising caution as the literature, including this present study, does not completely rule out any risk.  There may be other risks from power plants and radiation levels and cancer cases should continue to be tracked.

Great Britain is not alone in its concerns about power plants and health risks.  CNN reported the story of a small, rural town in Georgia.  Georgia Power was buying houses to expand its power plant facilities.  At the same time, the people of the town have been exposed to dangerous levels of uranium, wreaking havoc on their health.