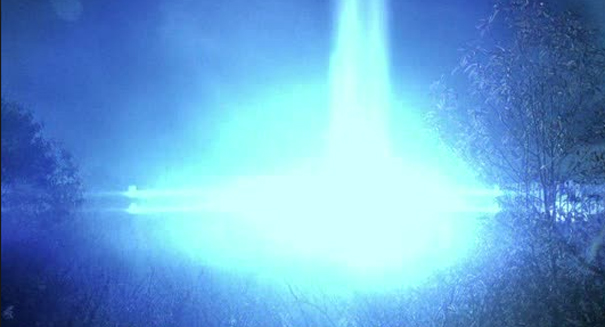 Is the age of teleportation here?

In a paper published yesterday in the journal Nature, a team of researchers from Zurich has demonstrated the ability to control quantum teleportation using what looks like nothing more than a microchip. This new research development could change the very face of computing and technological security.

“People automatically think about Star Trek when they hear teleportation,” says physicist Andreas Wallraff, of the Quantum Device Lab at the Swiss Federal Institute of Technology Zurich. “In Star Trek, it’s the idea of moving people from point A to B without having the person travel that distance. They disappear and then reappear.” Quantum teleportation is a little bit different. It does not actually transport objects from one point to another, but instead transfers information about the object and integrates that information into a new object.

Quantum teleportation itself is nothing new. In 1993, an international group of six scientists were able to show that teleportation is in fact possible in principle. Later in 1997, physicists developed a technique that achieved quantum teleportation, but it was inconsistent and only a fraction of the information actually got transported.

What makes quantum teleportation so difficult is that the properties of quantum particles are pretty delicate. A sender can’t just measure a particle and share its information with the receiver because measuring alters the particle.

Wallraff and his team at the Swiss Federal Institute of Technology Zurich found the solution. They created a device—the first of its kind—to successfully and reliably transport quantum information. The chip has tiny circuits, and each acts like an atom. Tiny transmission lines connect the circuits and carry microwave radiation, which essentially joins the circuits and their properties to one another. Wallraff and his team programmed some quantum information into circuit A, changing the signal that arrived at circuit B. They then used that altered signal to determine circuit A’s original properties and transfer them to circuit B.

In the issue’s other study, an international team led by physicist Akira Furusawa at the University of Tokyo successfully transported information between photons.

The implications of both studies go beyond a physics hoorah. Encryption—the idea of making codes difficult to decipher for outsiders, but easy for users—could greatly benefit. For example, to encode credit card information, credit card companies assign users a public key, which is the product of two large prime numbers and also protects the users’ information from being shared. Without a quantum computer, figuring out the two prime numbers would be impossible. Advances from this research could lead to faster processors and larger-scale encryption technologies.