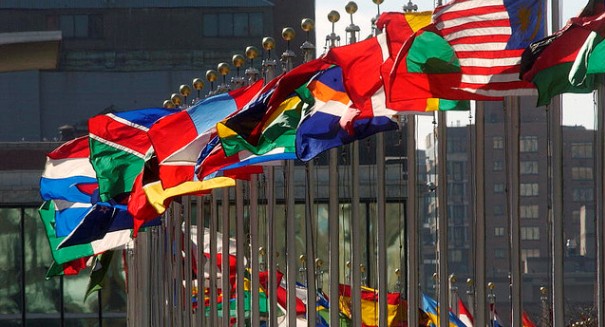 In 2028, China and India are both expected to have populations around 1.45 billion.

A new report by the United Nations estimates that, by 2100, the world population will reach 10.9 billion. While dependent on fertility estimates, the results help put focus back on sustainability of world population growth.

This estimate is a marked increased from the 2010 estimate, which predicted 800 million fewer people by 2100.  The change in the estimate comes from the use of improved fertility forecasting methods developed by the University of Washington Center for Statistics and the Social Sciences.

The statistical adjustments included accounting for a slowing down of the decline of birth rates in Africa.  Since there are higher birth rates there than originally expected, Africa is estimated to reach a population of 4.2 billion in 2100, up from the current population of 1.1 billion.

Other predicted areas of large growth include Asia.  Specifically, India is predicted to become the world’s most populous country.  In 2028, China and India are both expected to have populations around 1.45 billion.  After that point, India’s growth rate will cause it to surpass the population of China, while China’s population will decrease.

The report also notes that developed regions of the world are only seeing modest growth, going from 1.25 billion in 2013 to 1.28 billion in 2100.  Almost the entire increase in predicted population is attributed to developing countries.  The fastest growing segment of the population is over 60.  This may be attributed to increased life expectancy in both developing and developed nations.  Moreover, there has been a decrease in infant and child mortality, also contributing to the population increase.

Population increases bring a number of concerns.  The United Nations Population Fund identifies some of those as issues of sustainability.  For example, the amount of water on the earth is the same as it was 2,000 years ago.  However, the population has grown and, now, water has become a scarce resource in a number of countries.  Currently, 458 million people in 31 countries have a shortage of water resources and that number will only grow with the population.

There are also environmental impacts.  Currently, the majority of emissions come from developed nations.  As the standard of living increases in developing nations, the emissions rate will also rise.  Population growth will only exacerbate this trend.  Consequently, the impacts of pollution could reduce quality of life.  The new findings of the United Nations are likely to help bring population growth back into the discussion as a means of addressing other global concerns such as climate change, resources, and poverty.

What sort of political and economic impacts will population growth have on India over the next several decades?