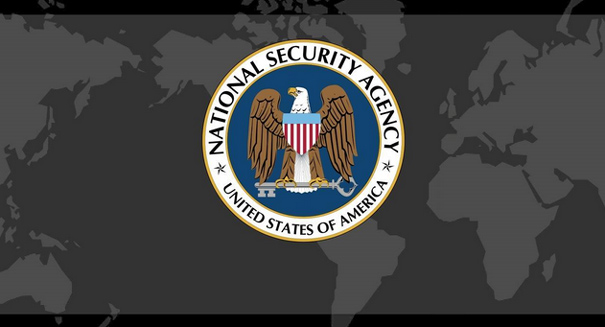 The NSA is collecting records from the top communication companies.

A shadowy surveillance program within the National Security Agency (NSA) may be allowing for intrusions on company and customer information, according to reports published Thursday by The Washington Post and The Guardian.

The surveillance program, apparently dubbed PRISM, may be giving government officials covert access to the servers of major internet-based companies, including (but not limited to) Microsoft, Yahoo, Apple, Google, Facebook, Skype, and AOL. Information about the top-secret program recently arrived at the offices of The Washington Post in the form of a PowerPoint presentation, and the Post claimed that the leak had come from a “career intelligence officer” within the NSA who believed that PRISM constituted a “gross intrusion” on the privacy of American citizens.

According to the documents, PRISM exists in accordance with Section 215 of the Patriot Act. Penned in the terror-stricken months following 9/11, Section 215 allows the government to produce secret court orders, demand U.S. companies to furnish them with business records, and peruse the resulting information freely. And while “business records” calls to mind financial data logs and tax information, PRISM’s reach apparently extends to email, videos, voice chats, photos, and other computer-based dumps of information.

Representatives from Apple, Facebook, and Google immediately went to work trying to distance themselves from the PRISM controversy, claiming ignorance of the program’s existence, and insisting that they only provide the government with personal information about their users when requests are made through channels of legality and scrutiny. However, since the Patriot Act technically makes PRISM a legal enterprise (albeit, loosely), it is questionable whether the corporate statements were entirely honest admissions, or if they were merely carefully-worded PR moves structured to maintain reputation.

The PowerPoint materials sent to The Washington Post imply that PRISM, like most Patriot Act provisions, is meant to assist government agents in tracking the activities of possible terrorist threats and monitoring online accounts of other non-U.S. citizens. But considering the secretive nature of PRISM, its absence from traditional judicial review processes, and the possibilities it presents for government abuse and invasions of privacy, a major outcry concerning the program’s unconstitutional implications may be on the way.

The news is just another big leak in what has been a controversial week for the NSA and the government as a whole. On Wednesday, the organization came under fire for secretly gathering records of phone calls made by millions of Americans on the Verizon network. (The Verizon records were demanded under the same Section 215 provision that powers PRISM.) And with two major leaks in as many days, both revealing tremendous intrusions into the privacy of American citizens and corporations, many will wonder what other top secret orders the NSA is sending out into the ether in the name of “national security.”