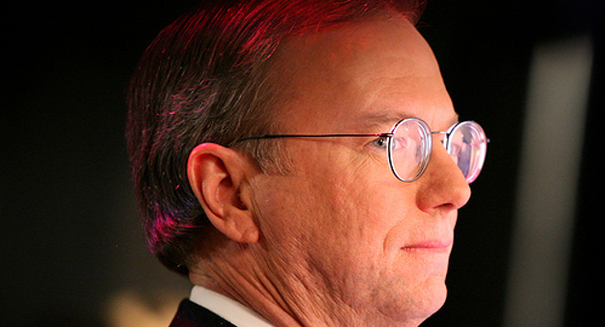 Internet restrictions may be relaxed in the hermit kingdom in the wake of an upcoming visit by Google chairman Eric Schmidt.

North Korea’s 24.6 million residents may then gain the opportunity to add to the impressive view count (recently surpassing a record 1.1 billion) of ‘Gangnam Style’ on YouTube, as the impoverished nation strives to more closely resemble the affluent Seoul suburb of Gangnam described in the hit song.

North Korean leader Kim Jong Un has publicly expressed a desire to utilize the power of science and technology to boost the nation’s stagnant economy. The trip may signal an important shift in the country’s strict limits on access to information.

Locals currently require government consent to interact with foreigners, and only a small portion of the ruling elite are able to access the World Wide Web. Others are restricted to an extremely limited nationwide intranet service.

Mr. Schmidt has long been an advocate of global internet access and the transformative power of internet connectivity to help lift people out of poverty and political oppression.

Joining Schmidt on the trip are former New Mexico governor and U.S. Ambassador to the United Nations Bill Richardson, along with Korea expert Kun “Tony” Namkung.

The trip will come at a delicate time in North Korea’s relationship with both South Korea and with the United States.

In a New Year’s broadcast on state media Kim Jong-un called for an end to the ongoing confrontation between North and South Korea, according to Reuters. The two nations have technically been at war since 1950, in the absence of a formal peace treaty to end the conflict.

“An important issue in putting an end to the division of the country and achieving its reunification is to remove confrontation between the north and the south,” Kim said in a televised address, the first of its kind by a North Korean leader in 19 years.

“Past records of inter-Korean relations show that confrontation between fellow countrymen leads to nothing but war,” he continued.

South Korea recently elected Park Geun-hye, daughter of assassinated military ruler Park Chung-hee, as president. Ms. Park has called for increased dialogue and engagement with the North, but has demanded that Pyongyang abandon its nuclear and missile programs.

Evidence from recent history suggests that this is unlikely to happen.

Officials in Washington and elsewhere suspected the effort to be a covert test of long-range ballistic missile technology, potentially capable of sending a nuclear warhead as far as California.

The UN Security Council condemned the launch, which violated international bans on developing North Korea’s nuclear and missile programs imposed after the rogue nation conducted weapons tests in 2006 and 2009.

North Korea also announced recently that an American citizen has been jailed in Pyongyang for committing “hostile” acts against the state.

U.S. State Department officials have called the timing of the trip “unhelpful,” citing the recent rocket launch. Spokeswoman Victoria Nuland added that “they are private citizens and they are making their own decisions,” and “are not carrying any messages from us.”

In 2011 a group of North Korean economists and diplomats visited Google headquarters in Mountain View, California, according to the Associated Press.

When asked about the potential for Google’s expansion into North Korea, Nuland remarked, “all U.S. companies are subject to the U.S. sanctions regime with regard to the D.P.R.K.”

“Obviously we support internet freedom around the world,” Nuland added. “We support the right of all people to have access to the internet, and we oppose government restrictions on that wherever they are found.”

State Department representatives said they had no further comments on the issue when contacted with additional questions.

In recent years Google has been working hard to expand its presence throughout Asia, but has encountered problems in North Korea and China due to censorship concerns.

Kim Jong Un’s welcoming of Mr. Schmidt and Mr. Richardson may herald the beginnings of the “scientific and industrial revolution” proclaimed by the North Korean leader. Or, like many other seemingly promising developments in the country, it could prove to be a bitter disappointment for both the outside world and millions of impoverished North Korean citizens.