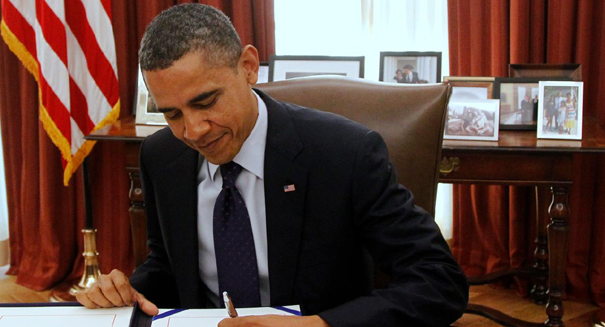 While the American people ultimately chose to reelect President Barack Obama, a new study by the Pew Research Center’s Project for Excellence in Journalism reveals that media coverage was partial to the president in the final week of the 2012 presidential race.

The Project for Excellence in Journalism notes that President Obama “enjoyed his most positive run of news coverage in months” during the final week of his campaign. Only during the Democratic National Convention, did the president experience more positive coverage.

The study suggests that press coverage was partial to Mr. Obama because of the president’s improving position in opinion polls, electoral math and overwhelmingly positive reaction to his handling of Superstorm Sandy.

To be fair, Democrats weren’t the only ones cheering President Obama for his response to Sandy. Governor Chris Christie (R-NJ) put partisan politics aside and gave the president a verbal high five.

“I have to say, the administration, the president,  himself and FEMA Administrator Craig Fugate have been outstanding with us so far,” Mr. Christie said on ABC’s “Good Morning America” at the end of October. “We have a great partnership with them.”

In the final week of Republican presidential nominee Mitt Romney’s campaign, press coverage of the Bain Capital co-founder changed little from the previous two weeks of his campaign. During this time, negative stories outnumbered positive stories by 17 points.

Perhaps most fascinating is the difference in coverage between two networks that are widely-considered to have noticeable political slants, Fox News and MSNBC. The study notes that these two networks became “even more extreme in how they differed from the rest of the press” in the final week of the presidential race.

The mainstream media is a political force to be reckoned with, as this study proves.

The mainstream media, sometimes referred to by critics as the “lamestream” media, are the news sources that people are most likely to encounter due to their size and distribution networks.

The media has a tremendous amount of power over media consumers. While positive coverage of President Obama in the final week of the campaign didn’t change the outcome of the November 6 election, it demonstrated that the mainstream media has a tendency to let politics seep into its news coverage. The media should let people think for themselves because that’s what keeps our democracy healthy.