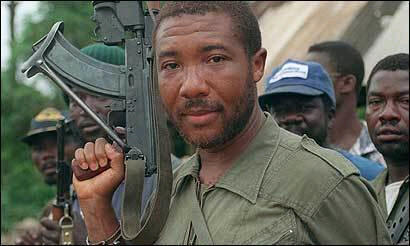 Small but effective, The Sentry is leading the charge to break the financial power of African warlords and their foreign sponsors

Profiting from war is as old as war itself.  Leaders of governments engaged in armed conflict are prone to divert some external funding to personal gain.  But skimming is one thing: In Africa, where public resources are scarce and the local population prone to suffering severe food shortages, war-profiteering is occurring on a much larger scale with the complicity of global financial institutions and with deadly consequences for the continent’s already impoverished citizens.

Two reports by an innovative global advocacy group, The Sentry, founded in 2015, have exposed the nefarious financial ties between bellicose African regimes in countries like Southern Sudan and Congo and a network of private companies and banks that have helped them exploit their internal conflicts for illicit gain.  As the reports suggest, these regimes are not simply engaging in human rights atrocities and enriching themselves in the process – they are also leaving their population without access to their farms and food and creating the conditions for widespread famine.

The Sentry’s first major investigative report, entitled War Crimes Shouldn’t Pay:  Stopping the Looting and Corruption in Southern Sudan, presented findings of the group’s two-year investigation into South Sudan’s shadowy war economy and its links to a network of international facilitators, including bankers, arms dealers, and multinational oil and mining companies. The country has remained politically divided for years despite a political settlement that was first negotiated with the help of Western powers in 2005, and again in 2013.  The report implicates South Sudan President Salva Kiir and former Vice President Riek Machar, the rival leaders that continue to wage war to try to gain exclusive control of the country.

More recently, The Sentry released Making a Fortune While Making a Famine, which zeroes in on a single top Sudanese military general’s illicit financial activities which the report argues have led to near-starvation conditions for thousands of his countrymen.  The report’s already garnered international headlines and has led to calls for the general’s ouster and prosecution, despite his own steadfast denials that he is actually profiting from the current war.

The Sentry is far more than a research group.  Its founding director, John Prendergast is a long-time journalist and human rights activist with years of field experience in Africa – but his portfolio also includes extensive government service.  Both he and co-founder Gayle Smith worked for Bill Clinton’s National Security Council in the 1990s and returned to work for Hillary Clinton under President Obama.  The two have also served as consultants to the World Bank and inter-government organizations, often providing critical back-channel communications to African leaders and civil society groups.

What makes The Sentry unique is not only its agenda but its methods of operation. While relying on a small team of forensic financial experts for most of the investigative research, the group has pioneered a unique blend of high-powered advocacy tactics – behind-the-scenes political networking and quiet diplomacy combined with high-visibility global media campaigning — to cajole and persuade governments and international banks to cut the financial and commercial ties that allow African leaders to exploit war and famine for personal gain.

In fact, the Sentry’s first major success occurred even before the group was formally established.   Back in 2010-2011, Prendergast and Smith co-directed the Enough Project, the parent organization of The Sentry, which focuses more broadly on famine and human rights policy in Africa.  Seeing the ways that African leaders and insurgent were exploiting their control over gold and diamond mines in the region, they struck upon a novel idea:  Pass legislation through the Congress that would allow governments, led by the United States, to seize the profits gained from illicit mining operations, putting the war profiteers out of business.

It was a remarkable – and brilliant – maneuver that went virtually unnoticed at the time. But tucked inside the famous Dodd-Frank financial regulation bill of 2010 is a provision that allows the President to designate gold ore and other precious metal resources as “conflict minerals” if they are located in war zones where human rights are being grossly abused.  After passage of the bill, the Obama administration Treasury department, backed by the White House, pressured banks worldwide to seize the financial assets of warlords in the Congo, which reduced their control of the nation’s mines and their ability to fund and profit from the war.

The Congo campaign – and an earlier effort that targeted a corrupt general in Uganda — were not completely successful, in part because the linkages that comprise war profiteering are complex and not always easy to track and prove.  Prendergast also saw to his dismay that many other countries in Africa were entrenched in the same vicious cycle of war, corruption and economic devastation.  The Sentry’s hope is to create the global infrastructure that can thoroughly uncover these same linkages across the entire region.  Prendergast also wants to expand its ability not only to seize assets of war-profiteers but also to bring perpetrators to justice – and to build a lasting foundation for peace.

How will the election of Donald Trump affect the The Sentry’s work?  Some business interests around the new administration are anxious to see the “conflict minerals” rule rescinded, a move that dictators throughout Africa would welcome.  But there remains a strong bipartisan foundation around Africa policy that could well survive even under GOP control of the White House and Congress, Prendergast believes.  Moreover, The Sentry plans to start lobbying international banks directly using the kind of in-depth financial reporting evidenced in its latest report.  The group has just established branch offices in London and Brussels to facilitate this new campaign.

But funding remains a challenge.  The Sentry relies heavily on support from key Hollywood donors, including actors George Clooney (a Sentry co-founder) and Don Cheadle, as well as from a handful of small niche donors (including Humanity United) that appreciate a lean-and-mean operation that achieves prodigious results with limited resources.  But Prendergast, who has already won numerous human rights awards, is anxious to take The Sentry’s work to the next level, with expanded staff and reach.  “We have the capacity and the connections to do so much more,” he says.