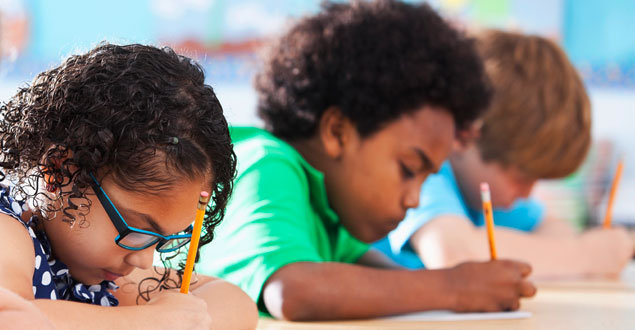 "Invest in the human soul. Who knows, it may be a diamond in the rough." ~Mary McLeod Bethune

During Teacher Appreciation Week 2017, I thought back to my experiences five years ago with my oldest sons’ teachers. At the time, they were in Kindergarten and second grade at a DeKalb County public elementary school. Though each of their teachers were required to adhere to the same policies and dealt similar challenges, my boys had very different educational experiences based on their teachers’ understanding of their ability to influence their students.

Throughout that school year, I offered my support by volunteering during the school day and donating classroom supplies. During most of my encounters with the second grade teacher, she constantly complained, focusing on the shortcomings of her students and the school. While academically, the students made some measurable strides, witnessing their teacher’s rants throughout the course of the year negatively affected their educational experience. By the year-end program, many of the children in her class described feeling discouraged and appeared disheartened.

Similarly, I volunteered in my younger son’s Kindergarten class. Due to budget cuts, his teacher no longer had an aide to assist with her 20 students, but she rarely complained. On the contrary, she always spoke positively about the parents and support staff that would occasionally do small errands for her. Although she was strict and demanded excellence from her students, she always reminded them they were capable of greatness. For their year-end program, she wrote a play, and made sure each student memorized their lines and practiced with the microphone. The pride felt by her students at the end of the year was undeniable, and she constantly reminded them, “We are a team.”

So what was the difference?  From my perspective, it rested on the teacher’s understanding of their influence on the life experiences of their students. The second grade teacher regularly complained to me about the inadequacy of her students, and the doubt she had about the impact she could make in just nine months. On the contrary, the Kindergarten teacher often said, “I may be the only person that shows my students they are great, and I won’t take that for granted.”

Many would agree the bureaucracy known as our public education system is in need of reform. Resources that educators could count on in years past are no longer available. Education legislation on the local, state, and national level seem to be crippling an already weak system in many districts. Around our nation, schools are closing or operating with limited staff, but are expected to provide the same services. These are all obstacles that make educating our students challenging, but should this be an excuse to give up on our youth?

The pressure to perform, and the negative consequences that follow if students do not “show progress” on standardized tests has taken the wind out of many of our teachers, and shifted the focus away from our children’s educational experiences. However, what happens when a teacher recognizes their unique opportunity in a child’s life? Can that in some way overshadow the gloomy outlook many have on education? I firmly believe it can.