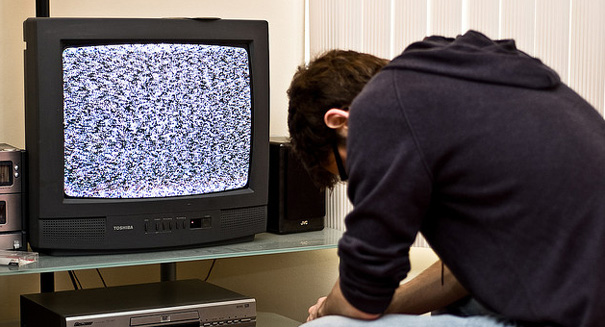 The entertainment industry is about to face changes in their business model, as many manufacturing firms have done over the years.

A stark reminder of how little is permanent struck the offices and fans of ESPN on Wednesday as the sports programming giant announced a round of layoffs affecting many of the network’s long-time reporters and on-the-air personalities.

The heretofore seemingly indestructible sports behemoth has been losing subscribers for the last five years to the tune of about 12 million, many of which have cut the cable cord completely, seeking cheaper and more mobile ways of getting their sports news and game-day information.  Couple that with ever-increasing rights fees being shelled out by the enterprise to broadcast professional and college sports, and you find a mix that isn’t setting well with corporate profits.

The network has in place a number of long-term deals, costing the company billions of dollars annually, and there doesn’t appear to be an end in sight.  Reportedly, ESPN is paying over $3 billion each year for rights to televise the NFL and NBA games alone, not to mention hefty fees for college sports as well.

Something had to give, and the company now faces the problems that many manufacturing firms in the US have had to undergo over the last few decades. As almost anyone in that industry can testify, the first step is to “trim the fat” by identifying and eliminating duplicate positions that have been created over the years as the companies were showing a bottom line profit.

Unfortunately, situations change, and that change forces businesses to suffer and change as well.  Competition, changes in the public’s attitude, and any number of outside forces shape the fortunes of any business, including some that many thought were indispensable or untouchable.

ESPN’s dwindling subscriber base represents many who are tired of increasing costs to simply watch television, and who have decided they can do without 24-hour sports coverage.  I would image a number of these people are in the much-coveted demographic, the 24-55 age group that advertisers are willing to spend serious dollars to reach.

At least a part of the problem comes from that group becoming increasingly mobile, with today’s smartphones and tablets becoming more and more their go-to device, and their supplier of sports coverage and news.

This also doesn’t bode well for other types of television entertainment, either.  Millennials are using these mobile devices as their news and weather, as well as sports, suppliers, and they are not content to just sit at home and watch TV.  When they do decide to see the big game, they are hanging out with friends at the local watering hole and sharing the experience.

And with many American homes who still have cable TV, using DVRs and mobile streaming devices is becoming more commonplace.  As this trend continues, it is likely broadcast TV ratings will continue to fall, and with them, advertiser revenue.  Cable and satellite subscribers will evaluate whether it is worth it to them to pay $150-$200 a month for 200 channels, when they only watch a handful, and many will decide to drop or at least reduce their content to lower costs.

The business model is changing, and not only for sports on TV.  24-hour news may also soon face a similar circumstance, as phones and tablets allow customers the breaking news at the end of their fingertips, instead of a cable tethered to the box in the house.  Streaming movie services and options like Redbox are also cutting into the cable premium content use as well.

I feel genuine concern for those individuals that have lost their jobs, having been in the situation myself, but I’m afraid this is only the beginning.  Many will find similar work, perhaps with a company with a different content delivery system, as did many former newspaper reporters.

The entertainment industry in general is at a crossroads, and no one knows exactly what the mode of operation will look like in 10-20 years from now.  But it will most assuredly be different from what it is today.