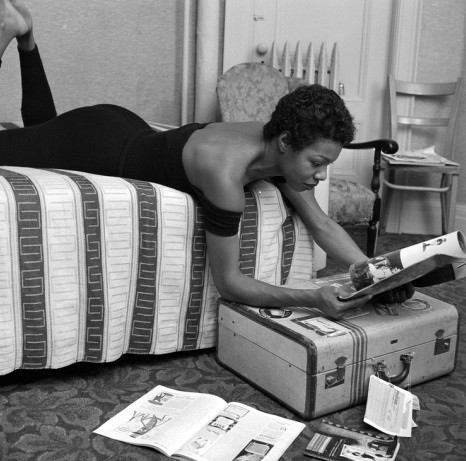 "My mission in life is not merely to survive, but to thrive; and to do so with some passion, some compassion, some humor, and some style." ~Maya Angelou

Dr. Maya Angelou has been a powerful figure throughout my life. I was a child of the 80s and a teenager in the 90s, so I largely recognized Dr. Angelou as a poet. I recited “Still I Rise” growing up, and remember watching her deliver “On The Pulse of Morning” in my 8th grade classroom. Yet it was not until I experienced Dr. Angelou in person at the 2013 Ron Clark Academy graduation, 11 months before her passing, that I truly began to appreciate her greatness.

Dr. Angelou’s appearance on that evening was a complete surprise to the audience, students, and most of the staff. When she suddenly appeared on the stage (and I realized who she was), I opened my mouth to cheer, but no sound came out. All I felt was my breath travel up through and out of my body. Seated in the last row of the balcony, I imagined it drifted down to the stage like an invisible cloud, stopping when it was directly over her, and trickling down like an electrically charged mist.

Dr. Angelou’s message was so specific to my journey and life’s circumstance at the time. It was in those moments, that I began to understand her gift. In the months that followed, I engrossed myself in Maya Angelou and her work. I committed to reading her first six autobiographies before her 86th birthday.

On May 28, 2014, as I was making the final changes to a poetry event flyer, which she inspired, I learned Dr. Angelou had passed away. My breath again left my body, but this time in gratitude that a beautiful angel who blessed so many could now fly free. Born 89 years ago today, the following 7 Dr. Maya Angelou quotes exemplify how she loved freely, lived fully, and liberated herself and others: 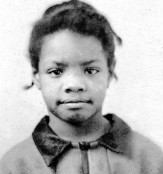 You may not control all the events that happen to you, but you can decide not to be reduced by them.

Maya Angelou was born Marguerite Annie Johnson in St. Louis, Missouri. When she was three and her brother Bailey four, their parents divorced and the two siblings traveled alone by train from Los Angeles to Stamps, Arkansas to live with their paternal grandmother. Four years later, to their surprise, they moved to St. Louis with their mother and her family.

There is no greater agony than bearing an untold story inside you.

Not long after moving to St. Louis, their mother’s boyfriend sexually assaulted young Maya. As a result, he was stomped to death. Following these traumatic experiences, Maya chose to stop talking. She and Bailey returned to live with their grandmother in Stamps. It was here that Mrs. Flowers, a family friend and teacher, helped Maya regain her voice by introducing her to poetry.

Prejudice is a burden that confuses the past, threatens the future and renders the present inaccessible.

When Maya and her brother reached adolescence, the south was still a very stifling environment for Black people daring to live outside of Jim Crow’s constraints. Fearing for their safety, Maya’s grandmother decided her grandchildren had outgrown Stamps, and they moved to Oakland, California with their mother.

Love recognizes no barriers. It jumps hurdles, leaps fences, penetrates walls to arrive at its destination full of hope.

When she was 17, Maya Angelou gave birth to her only child, Guy Johnson. Her love of Guy was endless and served as motivation for many of her personal and professional decisions over the next 18 years. It was during this time that she flo

urished as a professional dancer, singer, and actress, traveling around the world. Maya also began honing her skills as a writer.

Nothing will work unless you do.

Maya Angelou was an activist who worked closely with Malcolm X and Dr. Martin Luther King, Jr. She used her talent and passion to organize, fund raise, and disrupt discrimination. An exemplar of courage, she confronted injustice where she saw it, even if that meant standing in the face of armed and ready law enforcement.

If you don’t like something, change it. If you can’t change it, change your attitude.

Dr. Martin Luther King, Jr.’s assassination on Maya Angelou’s 40th birthday was a devastating blow to her. Weeks before his murder, he had selected her to work for him full-time traveling the country to raise funds for the next social justice campaign. While grieving this crushing loss, the opportunity to write “I Know Why the Caged Bird Sings” emerged and she accepted the challenge. This pivotal work solidified her place in history. 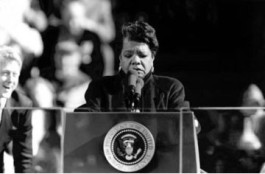 From former Presidents to Midwestern homemakers, Maya Angelou has been a source of inspiration, hope, and love. She lived her life on her terms and in turn encouraged all who encountered her personally and through her professional works to do the same. Although I have forgotten the details of Dr. Angelou’s speech, I will always remember how she made me feel when I witnessed her magic from that balcony seat on June 15, 2013. It was then that I decided to live without limits and for that, I am forever grateful. 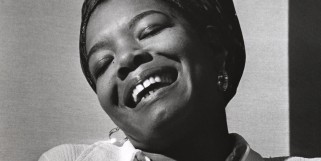