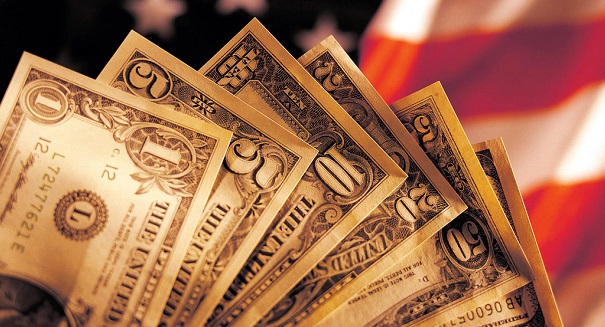 What does the US face over the next few decades as immigrants increase the job-seeking pool, and automation reduces the number of jobs available?

In Part 1, we discussed the impact of automation and legal immigration on the job market in the US and how, even if President Trump is successful in bringing back manufacturing to the United States, it may not be the panacea that solves the nation’s un- and under-employment problems.

Illegal immigration, or undocumented workers, if you prefer, will also be a major player in lower income jobs, since many are practically unskilled workers with families.  Their willingness to work for low wages is fueled by watching their families starve or be killed in their home country.  Many of us would take the same actions in a situation such as this.

The hiring of undocumented workers is illegal, but there are many in the country today, working under the radar, and the government lacks the resources and, in some cases, the determination to punish offenders.

No matter where your sympathies lie concerning immigration, the honest fact is these undocumented workers, as well as unskilled legal immigrants, are adding to an employee pool that is already overcrowded and is shrinking every day.  And these workers are still having children, which by being born here, are citizens of the US, and will enter the job pool in the years to come.

Some say the answer lies in spending more money on education, and providing students with the skills and opportunities to find and keep a good job after graduation.  That may be a good strategy for helping them to move on from low-paying jobs in the food service and similar industries, but the question that needs to be answered is, move on to what?

In 2016, White House economists sent a report to Congress (the report is no longer on whitehouse.gov, but is referenced in a Huffington Post article here) that estimated workers earning less than $20 per hour face an 83% chance of losing their job to robotics within the next decade.  The report also predicted almost one of three workers making $20-$40 per hour will meet the same fate.

So it’s not just self-ordering kiosks that are coming our way, and it’s not just low-skilled workers that face being replaced by automation.  Decent-paying jobs like accountants, bookkeepers, and analysts are in jeopardy as Artificial Intelligence applications continue to advance.  The technology of self-driving cars is progressing at a rapid rate, so how far behind are self-driving cabs, buses, and trains?  Is the possibility of self-piloted air travel in the near future?

It may seem we are getting all The Jetsons here, but these aforementioned things were not even being considered just a few short years ago.  Twenty years ago, you would need a table full of individual electronic devices to do less than half of what your smart phone can do now, and would take five times as long to do it.  What will the next decade present?

An ever-increasing low-skilled labor force competing for the service industry jobs will not force wages in those industries to rise, and government-mandated minimum wage increases will likely decrease the job availability, making the situation even worse.

As skilled workers, such as welders, plumbers and painters are replaced by robotic technology, they will be pushed to compete with those lower-skilled workers for the same jobs as well, further exacerbating the crisis.

If you think income inequality is an issue today, it is trivial compared to what is to come, should these things we discussed come about.  Those with the skills and the money to invest in robotic technology will see their profits rise, since they no longer have to pay for labor to produce their products or services.

The frightening part is will there be anyone able to afford to purchase their products or services at the market?  Will America become a nation, similar to third-world countries, with elites at the top and poor struggling to stay alive at the bottom?

How do we bridge the gap, without simply calling for the rich to support the poor?  How do we lift the poor, without destroying the economy, and becoming another failed socialist state?

Will simply bringing manufacturing back to our shores bring about economic development?  What do you think?