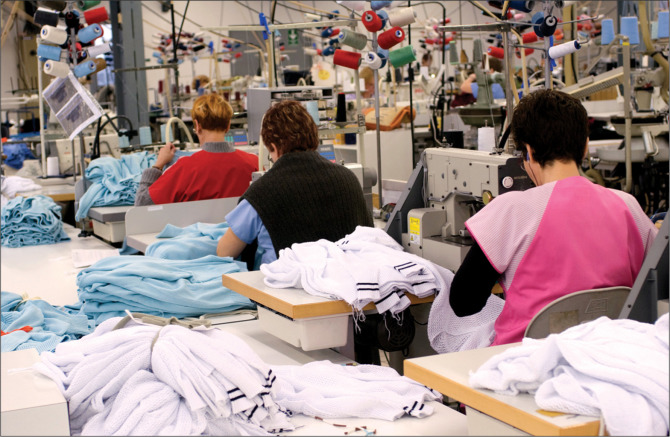 Let's take a closer look at whether the return of manufacturing in the US will solve the nation's problem with unemployed workers.

The government’s unemployment numbers are looking better each month, though one could argue that analysis doesn’t accurately reflect the number of Americans actually without a job currently.   Other studies show the prime age for working demographic, 25-55, contains a much larger number of people that have given up on finding a job and are depending on governmental assistance.

Since the official government number is what the country has measured the unemployment rate for decades, a comparison to the past has to be made using that figure, flawed as it may be, but in doing so, the actual truth is undervalued.

President Trump promised all through the campaign to bring back manufacturing jobs to the US from those companies operating facilities off-shore to take advantage of lower labor rates.  A lofty, even of worthy goal, to be sure, and in the first month of his new administration, several firms have pledged to do just that.

So, if that success continues over the next several years, that should put many more Americans back to work, earning paychecks, and coming off the government payroll.  But a closer look might reveal a different picture, indicating that even if manufacturing firms return to American soil, the number of jobs might not follow the trend as much as one would think.

First, you have to consider what a firm must do to reintroduce manufacturing in the US.  The reason many left in the first place was the high cost of labor, compared to that of other nations.  And while some countries have made strides over the past few decades to improve working conditions and pay rates, the discrepancy still exists.

In order to stay profitable using US labor, companies must find other ways to cut costs associated with the manufacturing of their products.  With robotic technology making tremendous strides in proficiency, most firms will be looking at automation to save labor costs and, in turn, increase profitability.

Automation will take the place of the lower-end-of-the-pay scale workers, even at manufacturing firms re-locating back to the country.  Many of the jobs created by making the move back to the US will be jobs that support and maintain the automated equipment and computer systems that the machines depend upon for instructions.

Workers without those higher level skills will see little benefit to bringing manufacturing back to the US.  Especially as automation and robotic technology continues to evolve.  In another ironic twist, those highly skilled workers that supported the automated technology in the former location of the manufacturer could wind up as immigrant workers in the US, doing the same thing.

And you can’t blame the manufacturer.  They have well-trained skilled personnel, willing to re-locate to the US, already with the job skills they need, as opposed to having to recruit and train new workers, which may or may not be available in the US.

In short, when a firm says they are bringing a factory back to the US and with it 5,000 new jobs, that doesn’t necessarily mean American lower-skilled workers, the demographic with the highest rates of joblessness, will be the recipient of many of these new jobs.

And those lucky enough to get a new job, will likely face layoffs within the next five to ten years due to increased automation and improvements in efficiency, steps necessary to achieve financial success for manufacturing companies.

Then, are the high-school-or-less educated persons in America doomed to toil at low-paying fast food industry jobs for the rest of their lives?  Well, automation has begun to impact that industry also.  Wendy’s just announced the company plans to install self-ordering kiosks in as many as 1,000 of its franchise locations.  Customers will still be able to order at the counter, according to the firm, but for how long.

Younger visitors to fast food restaurants prefer to order using electronic media as opposed to face-to-face contact, and as the current millennial populace ages, more and more use of similar kiosks are bound to become popular.