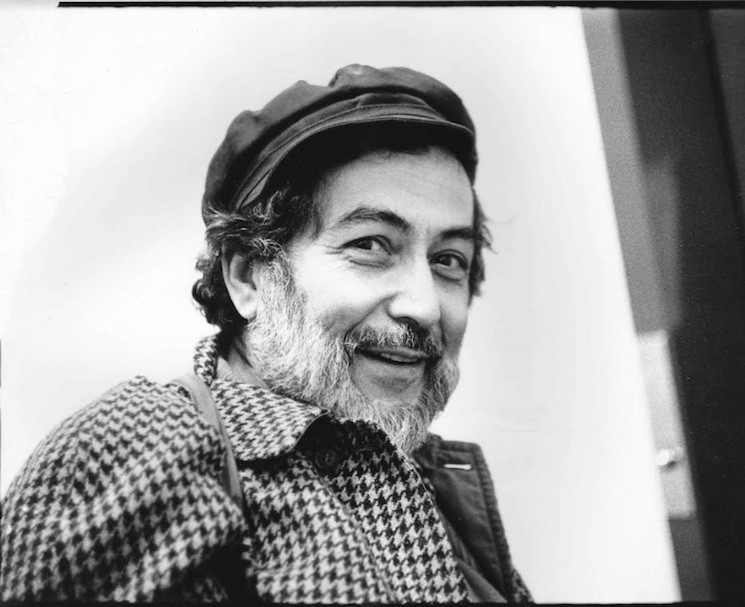 Criticized by liberals and conservatives alike, Hentoff, like many of his heroes, refused to be pigeon-holed

Journalist, author and indefatigable civil libertarian Nat Hentoff died last month at age 91.  Most of the mainstream media barely noticed his passing, a fitting measure of disrespect for a man who had come to be seen as a media antagoniste – and an unwelcome snoop and critic — by liberals and conservatives alike.

Hentoff’s hallmark was his radical defense of free speech, which he treated as the touchstone of American democracy – and of a free society generally.  Like many who lived through the monstrously Orwellian nature of Soviet Communism, he was highly attuned to the susceptibility of American leftists and liberals to deny free speech to anyone that stood in the way of their own version of ideological orthodoxy.

No matter how unpopular it made him, Hentoff was constantly pointing to the contradiction of preaching freedom and the right to dissent and then denying those same liberties to one’s putative opponents – all in the name of ensuring that “politically correct” and “morally superior” ideas could survive without serious scrutiny.

Hentoff had many free-speech heroes including Justice William O. Douglas, one of the most outspoken defenders of the 1st amendment that ever sat on the Supreme Court.  Another was comedian Lenny Bruce, whose brash and relentless defiance of “obscenity” laws cost him his career – and probably his life.  Hentoff wrote a touching tribute to Bruce in 2001, entitled, “The Crucifixion of a True Believer.”

Like Bruce, Hentoff believed that while behavior might be criminal, speech never was.  He might have agreed that “crying fire” in a crowded theater was a heinous, even unforgivable act, and yet he would have held those who stampeded accountable for their own actions.  To Hentoff, incitement in the spirit of honest inquiry, or exposé, was not a crime —  it was a calling.

For decades as a weekly columnist for Manhattan’s counter-cultural Village Voice, Hentoff pursued his own version of that calling with zeal.  The subjects of his terse, often sardonic, columns were unpredictable, but the sorry state of American race relations – which he viewed as the country’s fatal flaw — was never far from his mind.

A characteristic Hentoff column from the early 1960s recounted the day he rang up Malcolm X of the Nation of Islam and asked for an interview.  Hentoff arrived and sat patiently for close to an hour near a bespectacled man whom he assumed was waiting to see the up-and-coming Black Nationalist leader, too.  Of course, it turned out to be Malcolm X.  The two men laughed at their mutual aloofness, and proceeded to speak at length.

Another column treated an encounter on a subway train between a Black conductor and two White passengers, with Hentoff playing the role of curious onlooker.  Without a trace of self-indulgence or artifice, he used the incident to reflect on his own racial fears and prejudice – and by extension, those of his readers.

Hentoff had two great personal obsessions.  One was jazz, to which he devoted literally dozens of columns.  To Hentoff jazz reminded us of the improvisational open-endedness of life.  It was the musical equivalent of the unbridled “free speech” that he so cherished.  In the flyleaf to one of his books, Hentoff placed a quote from jazz musician, Bix Beiderbecke. It read:  “That’s one thing I like about jazz, kid.  I don’t know what’s going to happen next.  Do you?”

Hentoff’s other great fixation was children, including, controversially, abortion, which he found repugnant.  In deference to his wife, perhaps, who was pro-choice, he wrote less about the rights of the unborn than about other medical controversies, including the rights of African-American and Latina AIDS mothers to know whether their own children were potentially infected.

His many columns about racism in the public schools, including a lengthy profile of Dr. Kenneth Clark, whose research helped sway the U.S. Supreme Court’s 1956 desegregation decision, were intended to expose how members of the self-appointed liberal elite were actually failing young children – while smugly exaggerating their “success.”

In fact, one of the poignant but depressing qualities of Hentoff’s columns, many of them written a generation ago, is how contemporary they still are.  His denunciations of reverse-racism under the banner of “multiculturalism” could be drawn from accounts of a number of “Black Lives Matter” demonstrations in which members of the movement have engaged in angry racial taunts against bystanders seemingly indifferent to their cause.

Hentoff was no neo-conservative, much less a Republican but he was no diehard Democrat, either.  He could make fun of George W. Bush’s smirky dim-wittedness but still lampoon Bill Clinton for his lack of moral character – all the while skewering the media for letting powerful members of the establishment in both parties off the hook.  If Hentoff over the years seemed to drift rightward, it’s only because the country as a whole did.

What would Hentoff think of Donald Trump?  He’d probably applaud The Donald’s outspokenness and trashing of “political correctness.” And the next day, he’d call Trump to account for pretending that insisting on his own version of the facts was anything short of lying and a disservice to the truth.