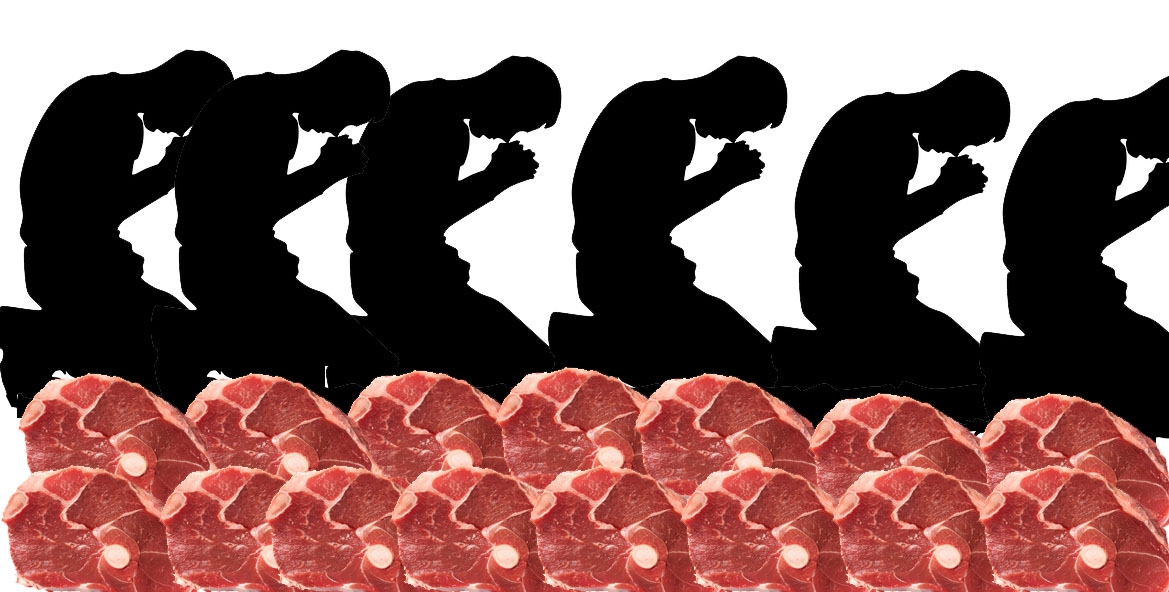 As if things couldn’t get weirder now we have a group of bikers calling themselves the “Wall of Meat” and a group of Christians called the “Shield of Prayer” who vow to protect Donald Trump during the inauguration. Though the name “Wall of Meat” is… interesting, it is reminiscent of the Patriot Guard. I remember […]

As if things couldn’t get weirder now we have a group of bikers calling themselves the “Wall of Meat” and a group of Christians called the “Shield of Prayer” who vow to protect Donald Trump during the inauguration.

Though the name “Wall of Meat” is… interesting, it is reminiscent of the Patriot Guard. I remember them well from my experience as an active duty Airman who served on the honor guard at Tinker Air Force base. You see, the Westboro whack-jobs had announced that they were going to pay a visit to the funeral of an Airman who had died in combat. The Patriot Guard had lined the street across from the grave yard with motorcycles in the masses ready to crank their motorcycles if the Westboro folks showed up to dishonor the fallen Airman.

Alas, Westboro never showed. It turns out someone had slit their tires at the hotel they had spent the night at the previous evening. However, as a young Airman I was thankful for these patriots holding American flags they had flown on their bike all the way into town just to protect the poor family of a fallen hero.

I believe the wall of meat is similar to this group. They are there to protect not only Trump but the officers there to keep the peace. They plan to form a barrier to protesters and stand against them as a symbol of patriotism.

Now it’s the announcement of the other group that kind of tickles me. They are a group of Christian activists led by Pastor Eric Majette from Virginia Beach, Virginia. They are a prayer group that calls themselves “POTUS Shield”.

Their website http://www.potusshield.org/mission.html said, “POTUS SHIELD is formed to continue this kingdom work, this council of prelates and prophets is assembling to raise up a spiritual shield in Washington, D.C., prior to President – elect Donald J. Trump’s inauguration. You are invited to join us at this anointed assembly in intercession, prayers, declarations, and decrees of The Word of the Lord over our nation.”

I understand this may be a bit dramatic but it’s encouraging to see Christians uniting to protect the president with prayer and body. In a nation where we Christians sat by and let them strip public prayer from us, this kind of behavior can give hope that Christians can come together for a cause even if it is making sure that the enemies of our president don’t interfere with the transfer of powers.

I really wasn’t for Trump at all. But I am continuing to see good things that give me hope for the future and he is the one that is bringing about these changes. I am unsure if this is because Obama was just so bad that anyone could look good following him or its just a change of direction the country has needed for far too long. Either way it’s nice to see that other Americans share the hope that I have that Trump will continue to produce positive change throughout his presidency.