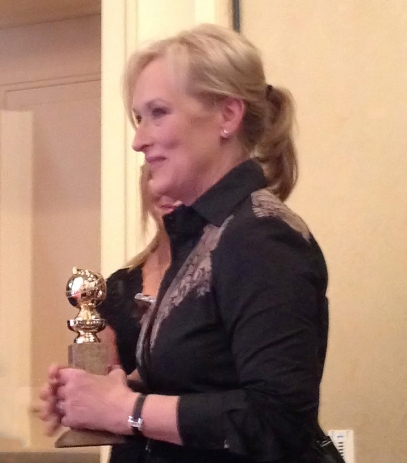 Celebrities could make better use of their fame and riches than making speeches at awards shows.

Most of the furor over Meryl Streep’s remarks at the Golden Globe Awards about President-elect Donald Trump and her concerns over the nation have started to fade into oblivion, and actors remarks almost always do, and Trump has moved on to the intelligence agencies as his next Twitter targets.

Sides were predictably chosen, either supporting Ms. Streep’s remarks or being enraged at what she said, primarily based along political party lines.  For some reason, the losers in the past election still can’t believe their side lost, and it had to be due to some unforeseen reason, and not that the American public had a different world view than those in Hollywood and the entertainment industry.

Celebrities have a perfect right to make their statements, and whether or not I may agree with them, I adamantly support their rights to use the Golden Globe stage as their pulpit.  But, whether or not I agree with those remarks, I also believe it would have been much more fitting to take that opportunity to thank those who voted to give them the award, and the thousands of people who were their supporting cast, producers, directors, and even the set-builders and caterers that played a large part in making them the beloved and honored stars they are.

I mean, after all, if the people didn’t make films and write screenplays in the first place, would they be as famous as they are today, and as financially well-to do?  Likely not, so it would seem a little humble gratitude would have been the more prudent course of action in this particular circumstance.

The same could be said for all performers who use the stage or an award presentation for espousing their beliefs.  The general public wants to see the singers or musicians or their favorite actors in that type setting, not an extension of the daily talk shows.  They want to believe their stars are like they are in the movies and TV shows, and in many cases, fans paid a good amount of money to see them perform and really are not concerned with their politics.

As I said earlier, celebrities are certainly free to use their right to speak in any way and at any time they choose, but as my grandmother used to say, “There are talkers and there are doers.”  If they are truly concerned about social injustices and income inequality and any other social ills, they should spend their time away from the screens and the concert stages to make a difference, as many of their fellow performers do.
Instead of buying that latest three-million-dollar mansion, where they live part-time, consider spending that three million on inner city schools, or children’s services, or any number of charitable organizations that could use that money to make a difference in so many lives.

Instead of spending that month cavorting on the beach, give something back to the community, more than just lending your face to an ad asking for donations.

The same can be said of the general public.  Charitable donations should not be only a way to dodge paying taxes.  It should be the right thing to do.  We can all help make a difference, some more that others, and we should all be accepting the responsibility to make it happen.

Do instead of talk.