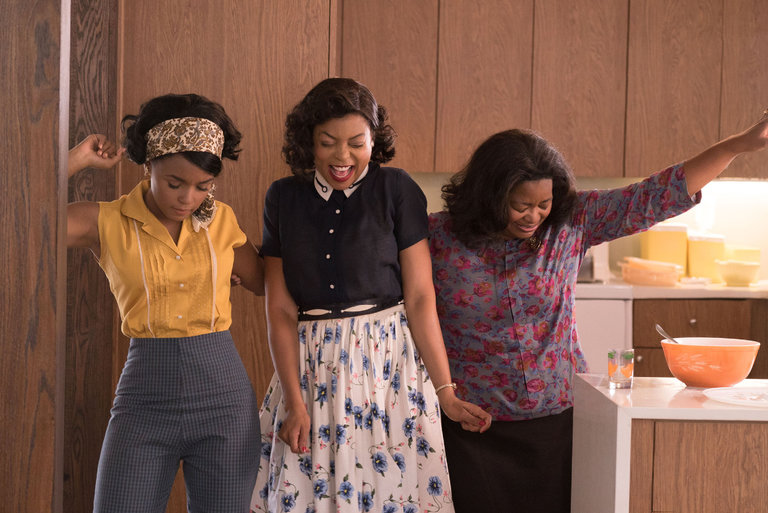 "You're the boss. You have to act like it" ~Katherine Johnson (as played by Taraji P. Henson)

Millions of moviegoers around the country witnessed the brilliance that is Hidden Figures, making it the #1 film in the country. While navigating a white supremacist social structure and raising families, Dorothy Johnson Vaughan, Katherine Johnson, and Mary Jackson programmed the first IBMs, did math that did not exist, and took engineering to new heights. Based on Margot Lee Shetterly’s book Hidden Figures: The American Dream and Untold Story of the Black Women Mathematicians Who Helped Win The Space Race, the movie Hidden Figures sheds light on the true stories of these influential women who, until now, have been largely unknown to the masses.

As I watched this inspiring film, I wondered why the significant contributions of Vaughan, Johnson, and Jackson were not part of the American story I was taught. Why had the mental images I conjured of scientists not included women in knee length skirts and pearls? The fact is, women contribute to and shape every facet of life but too often, they do not receive the acknowledgement or credit they are due. This is particularly true within the realm of Hip Hop, as illustrated by the 2016 Netflix documentary Hip Hop Evolution.

In this four-part series, a male rap artist goes on a journey to find the roots of Hip Hop culture. And in typical fashion, with the exception of Sylvia Robinson, women and girls who were pillars of the movement, did not even receive a mention in the film. The most glaring elimination being Cindy Campbell “The Mother of Hip Hop.” Unfortunately, this Netflix documentary is more of the trend than an isolated example. Like Ms. Campbell, many women make contributions to Hip Hop culture, but are conveniently left out of the story; even me.

In 2003, I made the decision to use my doctoral dissertation as a platform to advance the field of psychology by creating a curriculum using Hip Hop culture as the intervention. At the time, no social science dissertation had attempted to explore Hip Hop as a positive movement. No books existed with Hip Hop Therapy in the title, and only a few articles had been published on the subject. In 2007, I successfully defended the first Hip Hop Therapy dissertation, and in 2009 became the first author to publish a book with “Hip Hop Therapy” in the title. And while countless undergraduate and graduate students have studied my work, I am conveniently left out of many conversations, unless the subject is “Women in Hip Hop” (or the supposed lack there of).

In March 2016, I penned an editorial titled Hip Hop Sisters Rise Up: On the Silencing of Women in Hip Hop, celebrating women and girls in Hip Hop and challenging us to claim our space within the culture. Many women whose contributions were in my heart as I was writing thanked me for speaking on this subject. Maybe it is the humility we were taught to cherish, or the effortless efficiency of our execution that causes us to faze our own selves out. But those days are done! Through the power of Hidden Figures I understand we must remain vocal about the leadership of women within Hip Hop, or our stories too will be lost in time.

Here are 3 of Hip Hop’s Hidden Figures that changed the game. Get familiar. 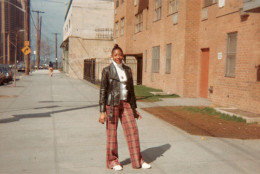 As a 17-year-old high school student, young Cindy had the vision and talent to organize and promote a back to school party on August 11, 1973. Initially planned as a venture to raise money for new school clothes, the “Back to School Party” went on to become the birth of Hip Hop. Djayed by her younger brother Kool Herc, and held at the now legendary 1520 Sedgwick Avenue recreation center in the West Bronx, Ms. Campbell described this party as a spiritual experience attended by most of the youth and parents in the neighborhood. In addition to being the spark that ignited the evolution of Hip Hop culture, she is also the first Hip Hop promoter. 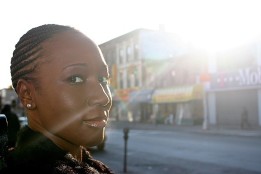 Toni Blackman became the first Hip Hop artist invited to be a Foreign Service Worker with the U.S. State Department in 2000. An award-winning artist, teacher, and writer, Toni has served in over 30 countries leading master classes and performing. A proponent of holistic health who travels the globe speaking about the healing properties of freestyling (improvised rapping) and artistic expression, Toni has shaped a generation of Hip Hop educators and artists on almost every continent. In 2012, she was a spokesperson for the Dove© Real Woman Campaign, promoting the empowerment of girls and women. 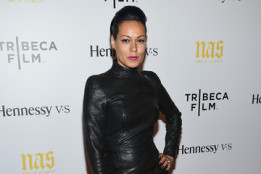 Martha Diaz is a community organizer, media producer, and archivist who laid the foundation for the emerging field of study known as Hip Hop Education. From 2002-2012, she served as chair and executive director of the Hip-Hop Association, which produced the Hip-Hop Education Summit and published The Hip Hop Education Guidebook Volume 1 (2007) created by she and Marcella Runnel Hall. In 2010, Diaz was key in the founding of the Hip Hop Education (H2Ed) Center for Research, Evaluation, and Training at NYU. The H2Ed Center was instrumental in the initial archiving and evaluation of programs using Hip Hop to educate and empower.