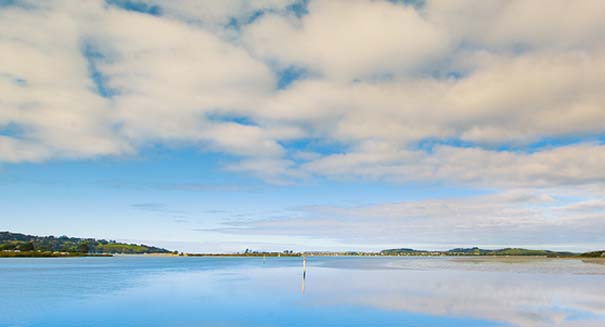 Ordinary citizens are being bombarded by climate data from believers and deniers. How do we know what is true?

A while back, a study found that the pace of global warming had slowed for a period between 1998 and 2012, prompting scientists to proclaim a climate change hiatus.

Of course that set off a stream of denials from the proponents of climate change and the I-told-you-so from the climate change deniers, and the argument continued, with the general public caught in between.

Now, a new report that looked at the same data has said the hiatus never happened and blamed the cooler-than-expected temperatures on a change in the type of measurements being taken.  A 2015 National Oceanic and Atmospheric Administration (NOAA) report said the modern buoys being used to take the readings had a tendency to report slightly cooler temperatures than the earlier ship-based methods.

Hooray!, shouted the climate change scientists, we now know we were right all along.  Nonsense!, proclaimed the deniers, you are just cooking the books to support your position.  And once again, the general public is stuck somewhere in the middle, trying to decipher what to believe.

As was shown in the past presidential news cycle, most of the ordinary citizens tend to believe what they hear based on their predetermined beliefs, so the news, largely ignored I suspect, changed few people’s minds in either direction.

The truth is both sides of the debate are almost fanatical about their positions, and even though they are at completely opposite ends, claim their science is more accurate that the other side’s science.  Some say there is no debate at all, that climate change is absolute fact and no other facts can be presented in evidence.

And that’s where science sometimes runs into problems.  People, as mentioned above, tend to look at information and facts and see what they want to see.  Scientists are people too.  Sometimes pre-conceived notions cloud the “facts” in some studies, and scientists wind up attempting to prove what they already believe instead of examining the issue with an open mind.

Before the scientific community comes down on me like Armageddon, let me remind them that some “facts” are what the best evidence we have now leads us to believe.  That belief can change with the discovery of a single new fact, and change our beliefs about any number of things accepted as gospel at this point in time.

History is littered with scientific “facts” generally accepted at specific time that have since been disproven.  The world is flat, the Sun revolves around the Earth, and other such “facts” abound across the annals of time.  We are possibly one fossil discovery away from re-thinking the origins of humans on Earth that would change decades of “facts” we now consider unshakeable.

So, as an ordinary citizen and not a climate scholar, how am I supposed to discern the truth from the opposing sides’ reams of data and studies?  For instance, ten years ago, the data from the ship-based measurements was considered accurate, and now, a new process has made those measurements obsolete and incorrect.  What will be considered as correct ten years from today?

I am not arguing for either position, I am just questioning what should we, the general public, believe?  Or should we just ignore the conflicting studies that seem to come out daily?

People have been predicting the end of the world and the demise of the human race for centuries.  I guess when it finally does happen, at least there won’t be opposing sides to argue whether or not it actually happened.